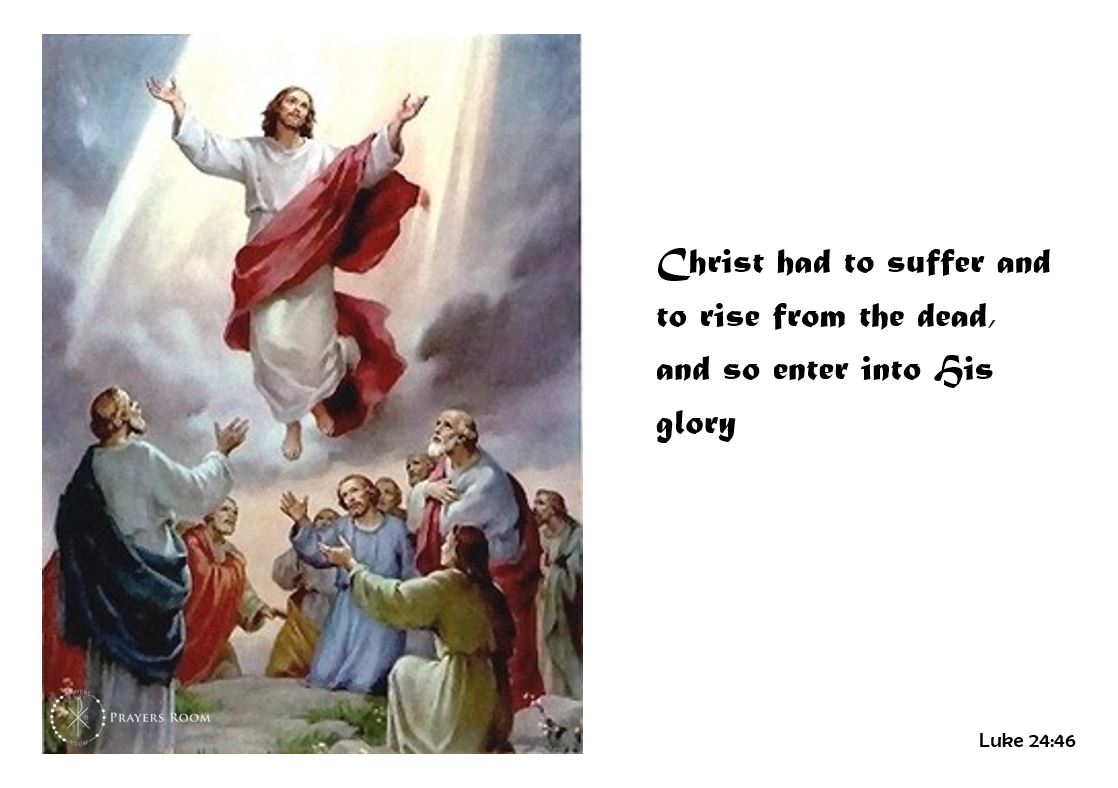 That very day, the first day of the week,
two of Jesus’ disciples were going
to a village seven miles from Jerusalem called Emmaus,
and they were conversing about all the things that had occurred.
And it happened that while they were conversing and debating,
Jesus himself drew near and walked with them,
but their eyes were prevented from recognizing him.
He asked them,
“What are you discussing as you walk along?”
They stopped, looking downcast.
One of them, named Cleopas, said to him in reply,
“Are you the only visitor to Jerusalem
who does not know of the things
that have taken place there in these days?”
And he replied to them, “What sort of things?”
They said to him,
“The things that happened to Jesus the Nazarene,
who was a prophet mighty in deed and word
before God and all the people,
how our chief priests and rulers both handed him over
to a sentence of death and crucified him.
But we were hoping that he would be the one to redeem Israel;
and besides all this,
it is now the third day since this took place.
Some women from our group, however, have astounded us:
they were at the tomb early in the morning
and did not find his body;
they came back and reported
that they had indeed seen a vision of angels
who announced that he was alive.
Then some of those with us went to the tomb
and found things just as the women had described,
but him they did not see.”
And he said to them, “Oh, how foolish you are!
How slow of heart to believe all that the prophets spoke!
Was it not necessary that the Christ should suffer these things
and enter into his glory?”
Then beginning with Moses and all the prophets,
he interpreted to them what referred to him
in all the Scriptures.
As they approached the village to which they were going,
he gave the impression that he was going on farther.
But they urged him, “Stay with us,
for it is nearly evening and the day is almost over.”
So he went in to stay with them.
And it happened that, while he was with them at table,
he took bread, said the blessing,
broke it, and gave it to them.
With that their eyes were opened and they recognized him,
but he vanished from their sight.
Then they said to each other,
“Were not our hearts burning within us
while he spoke to us on the way and opened the Scriptures to us?”
So they set out at once and returned to Jerusalem
where they found gathered together
the eleven and those with them who were saying,
“The Lord has truly been raised and has appeared to Simon!”
Then the two recounted
what had taken place on the way
and how he was made known to them in the breaking of bread.

Their eyes were opened and they recognized him. (Luke 24:31)

Don’t you wish you could have been there when Cleopas and his friend were walking to Emmaus? Wouldn’t it have been exciting to hear Jesus interpreting the Scriptures and to see the look in their eyes when they recognized him in the breaking of the bread?

Well, in a sense, we can be there. Even today, two thousand years after his resurrection, Jesus’ word can cause our hearts to burn and bring us to the place where we recognize him. How is this possible? Because the Scriptures do more than teach us about Jesus—they reveal him to us!

As many times as we hear the Scriptures read at Mass, it’s good to be reminded that they aren’t just words on a page. As St. Paul taught, they are “living and effective, sharper than any two-edged sword” (Hebrews 4:12). Inspired by God, they are filled with his presence. They have the Spirit’s own power to bring us his wisdom, peace, and joy. All it takes is listening with faith.

Cleopas and his friend had to walk a long way with Jesus before they recognized him, and sometimes we do too. So be patient with yourself. When you hear the Scriptures proclaimed at Mass, try to imagine that you are there in the middle of the action—in Galilee, in Jerusalem, or wherever the story takes place. Imagine that you can hear Jesus speaking to you. Put aside distractions, and listen for what he may want to say to you personally.

You may not “hear” anything right away. You may not hear anything at all! But that’s okay because the Holy Spirit is still at work in you, just as he was working with the Emmaus disciples every step of their journey. He is always pouring out his grace, even when you can’t feel it. All you have to do is try your best to keep an open heart. Over time, you will recognize him.

“Holy Spirit, help me to recognize Jesus in his word today. Lord, let your word touch my heart so that you can use me for your glory!”