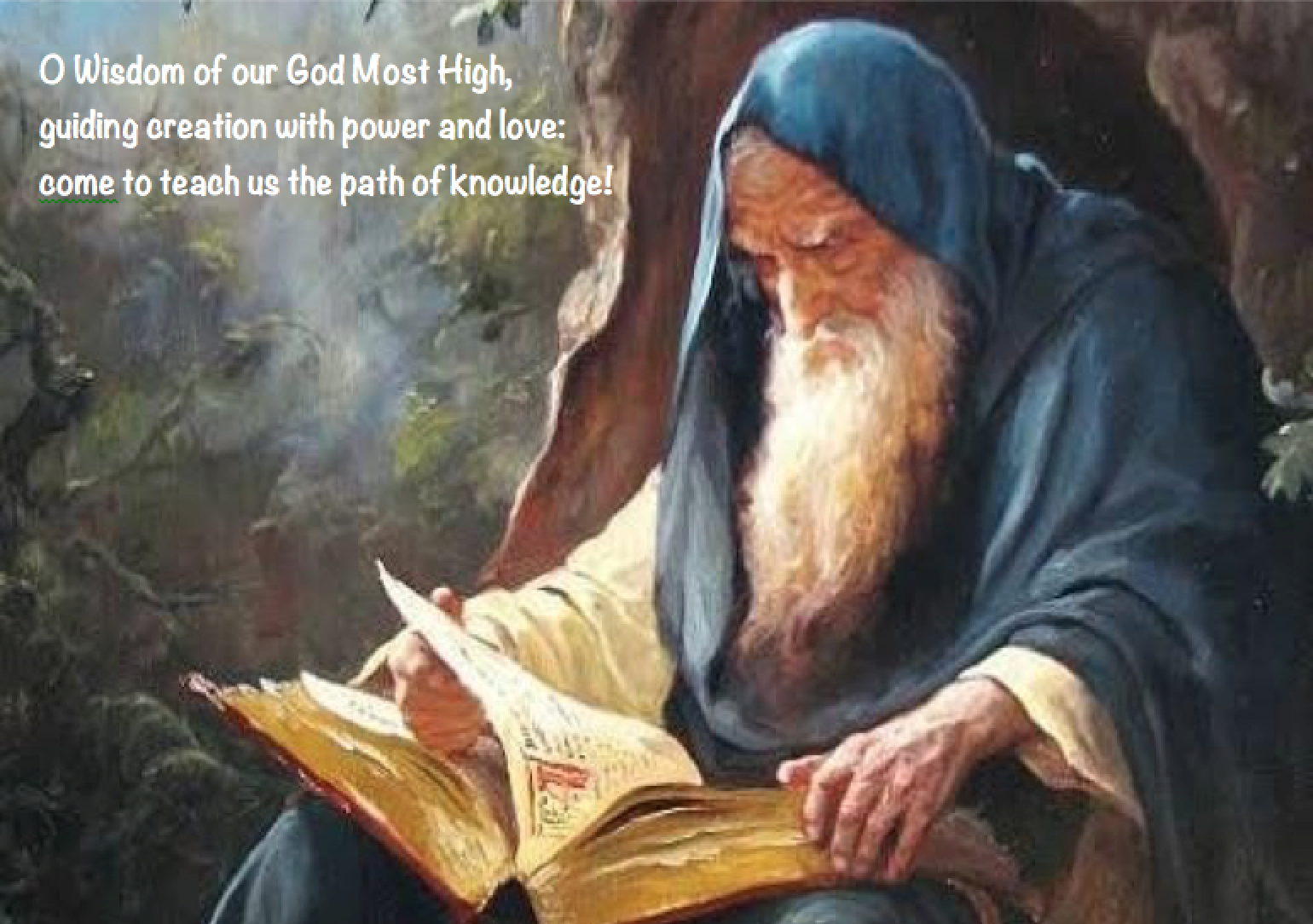 Today’s Note: Thursday of the Third Week of Advent

Today we come closer, and begin the seven O Antiphons which we will use for our closing prayers each day. Our entrance antiphon is: “You heavens, sing for joy, and earth, exult! Our Lord is coming and God will take pity on those in distress.” We call it a “new” cosmology, but the ancient peoples seemed to have even more reverence for the enormity and beauty of the heavens, stars, planet, clouds, elements. They were awed by mystery, and yet knew (without proof) that all creatures praise their creator.

If you can take a walk today, notice everything and invite it to sing and exult for joy because its creator is taking flesh to live among us. Wisdom is the co-creator with God, according to Proverbs, and Lady Wisdom in history becomes the Logos taking flesh, Jesus. If you cannot leave your room or bed, notice everything within your sight, hearing or touch and ask it (yes, even inanimate objects) to join you in praise.

O come, Wisdom of our God most high, guiding creation with power and love. Teach us to walk in the path of knowledge. Alleluia!