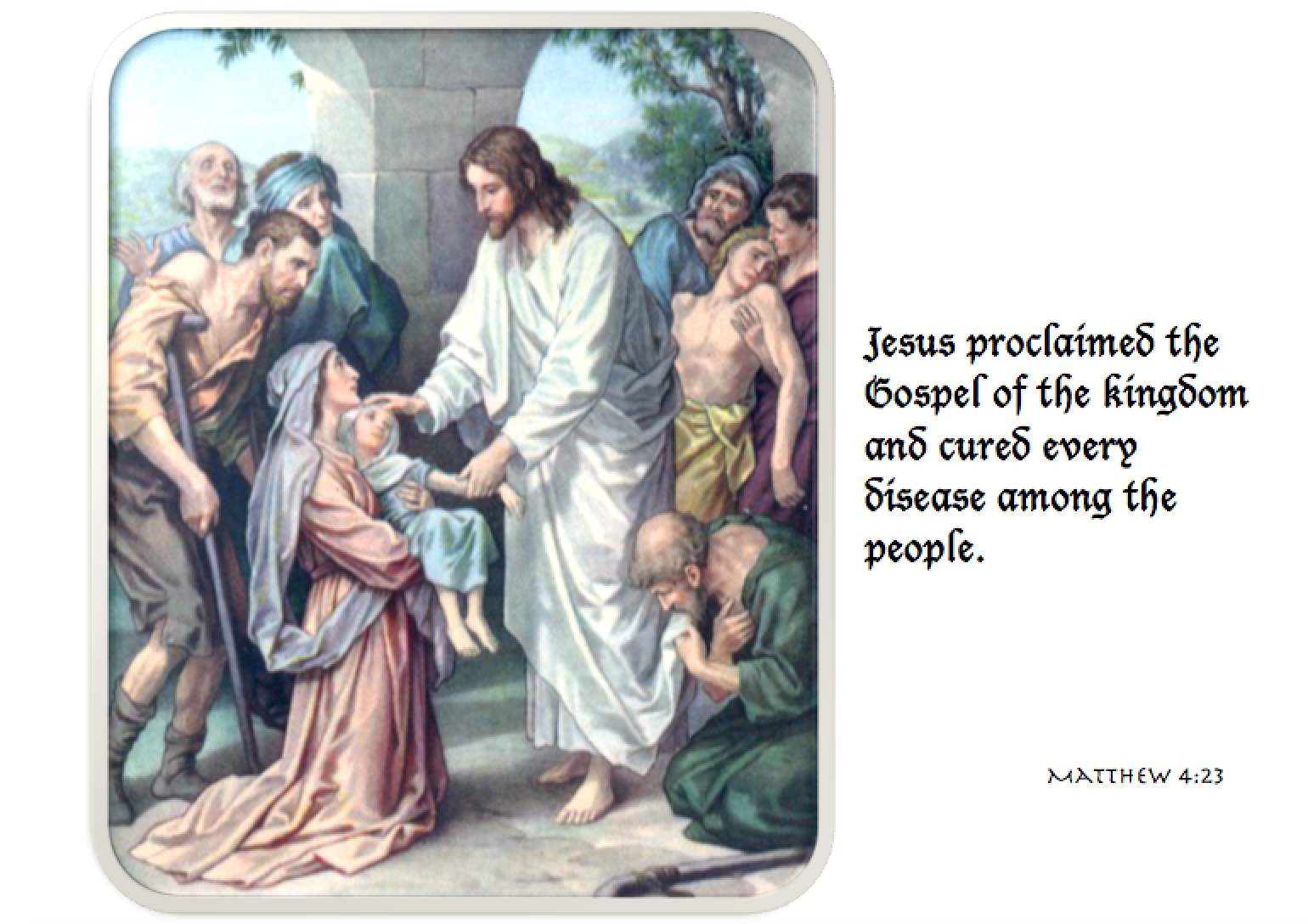 When Jesus heard that John had been arrested,
he withdrew to Galilee.
He left Nazareth and went to live in Capernaum by the sea,
in the region of Zebulun and Naphtali,
that what had been said through Isaiah the prophet
might be fulfilled:
Land of Zebulun and land of Naphtali,
the way to the sea, beyond the Jordan,
Galilee of the Gentiles,
the people who sit in darkness have seen a great light,
on those dwelling in a land overshadowed by death
light has arisen.
From that time on, Jesus began to preach and say,
“Repent, for the kingdom of heaven is at hand.”

As he was walking by the Sea of Galilee, he saw two brothers,
Simon who is called Peter, and his brother Andrew,
casting a net into the sea; they were fishermen.
He said to them,
“Come after me, and I will make you fishers of men.”
At once they left their nets and followed him.
He walked along from there and saw two other brothers,
James, the son of Zebedee, and his brother John.
They were in a boat, with their father Zebedee, mending their nets.
He called them, and immediately they left their boat and their father
and followed him.
He went around all of Galilee,
teaching in their synagogues, proclaiming the gospel of the kingdom,
and curing every disease and illness among the people.

At the Last Supper, Jesus prayed that his people would be united (John 17:21). He also prayed that the mark of his disciples would be their love for one another (13:34-35). And in today’s second reading, Paul makes a plea for unity in the Corinthian church.

What will be the single most compelling thing that will move people to believe in Jesus? Our unity. Our love for each other.

Unity doesn’t mean agreeing on every issue. It means honoring and respecting everyone—including those we disagree with. That’s because, as the Catechism teaches, the dignity of every human person doesn’t depend on whether we like each other. It depends on the fact that we have all been created in the image and likeness of God (CCC 1700-1701).

Of course, the idea of unity in our parishes can sound nearly impossible. But that’s not a problem for God; nothing is impossible with him. So take St. Paul’s words today, and make them your own. Make it your goal to be in unity with everyone, especially within your family.

“Come, Lord, and heal all divisions. Make our churches and families beacons of your love.”