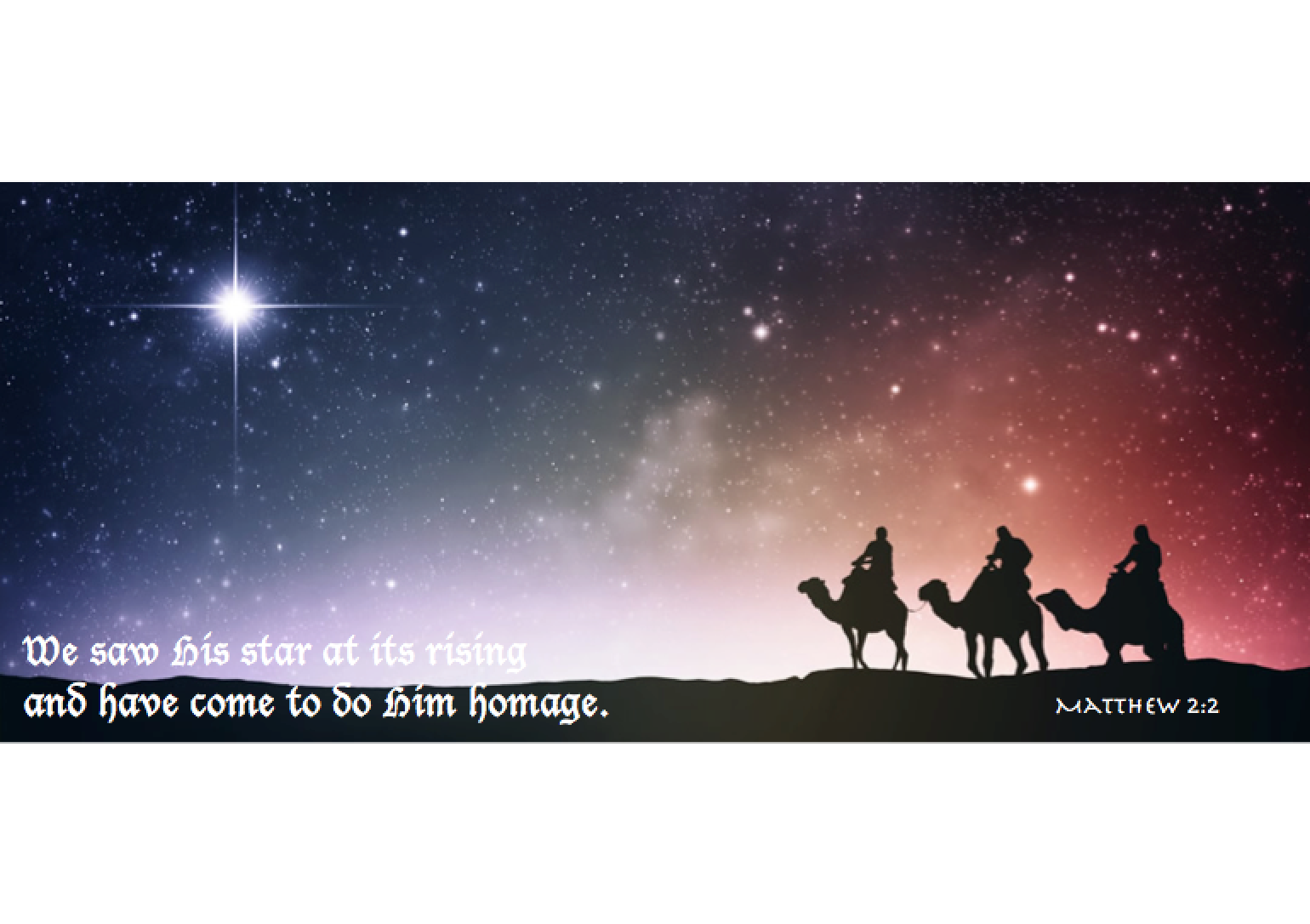 If Jesus truly is who he claims to be, the eternal Son of God and Savior of the world, then why is he not recognized by everyone who hears his word and sees his works? John the Evangelist states that when Jesus came into the world the world knew him not and his own people received him not (John 1:10-11). Jesus was born in obscurity. Only the lowly shepherds recognized him at his birth. Some wise men also found their way to Bethlehem to pay homage to the newborn King of Israel. These men were not Israelites, but foreigners. They likely had read and discussed the Messianic prophecies and were anxious to see when this Messianic King would appear. God led them by means of an extraordinary star across the desert to the little town of Bethlehem where Jesus was born.

John Chrysostom (347-407), in his homily on this passage from Matthew 2, explains the significance of the star of Bethlehem:

“Note how fitting was the order of events: the wise men saw the star, were received by the Jews and their king; they heard prophecy to explain what had appeared; the angel instructed them; and then they journeyed from Jerusalem to Bethlehem by the guidance of the star. From all this we learn that this was not an ordinary star, for no other star has this capacity to guide, not merely to move but to beckon, to “go before them,” drawing and guiding them along their way. The star remained after bringing them to the place, in order that the child might also be seen. For there is nothing conspicuous about the place. The inn was ordinary. The mother was not celebrated or notable. The star was needed to manifest and illumine the lowly place, until they had reached their destination at the manger.” [The Gospel of Matthew, Homily 7:3]

In their thirst for knowledge of God, the wise men from the East willingly left everything, their home and country, in pursuit of that quest. In their diligent search they were led to the source of true knowledge – to Jesus Christ, the Light and Wisdom of God. When they found the newborn King they humbly worshiped him and gave him gifts fitting for a king.

The Lord of the universe who revealed the star of Bethlehem to the Gentiles of the East so they could come and worship Jesus, the Prince of Peace (Isaiah 9:6) and King of Kings (Revelations 19:16), gives each one of us the same light of revelation to recognize and accept Jesus as our Lord and Savior. Faith is an entirely free gift that God makes to us. It is through the help of the Holy Spirit, who moves the heart and opens the eyes of the mind, that we are able to understand, accept, and believe the truth which God has revealed to us through his Son, Jesus Christ. In faith, the human will and intellect cooperate with grace. “Believing is an act of the intellect assenting to the divine truth by command of the will moved by God through grace” (Thomas Aquinas).

To know and to encounter Jesus Christ is to know God personally. In the encounter of the wise men with Jesus we see the plan of God to give his only Son as King and Savior, not just for the Jewish people but for all the nations as well. The Lord Jesus came that both Jew and Gentile might find true and lasting peace with God. Let us pray today that Jew and Gentile alike will find the Lord and Savior on their journey of life. Do you bring the light of Jesus Christ to those you meet through the witness of your life and testimony?

Lord Jesus Christ, we thank you for bringing salvation to all the nations. May the gospel of salvation be proclaimed to every nation today and to every person on the face of the earth. Help me to be a good witness of the joy of the gospel to all I meet.