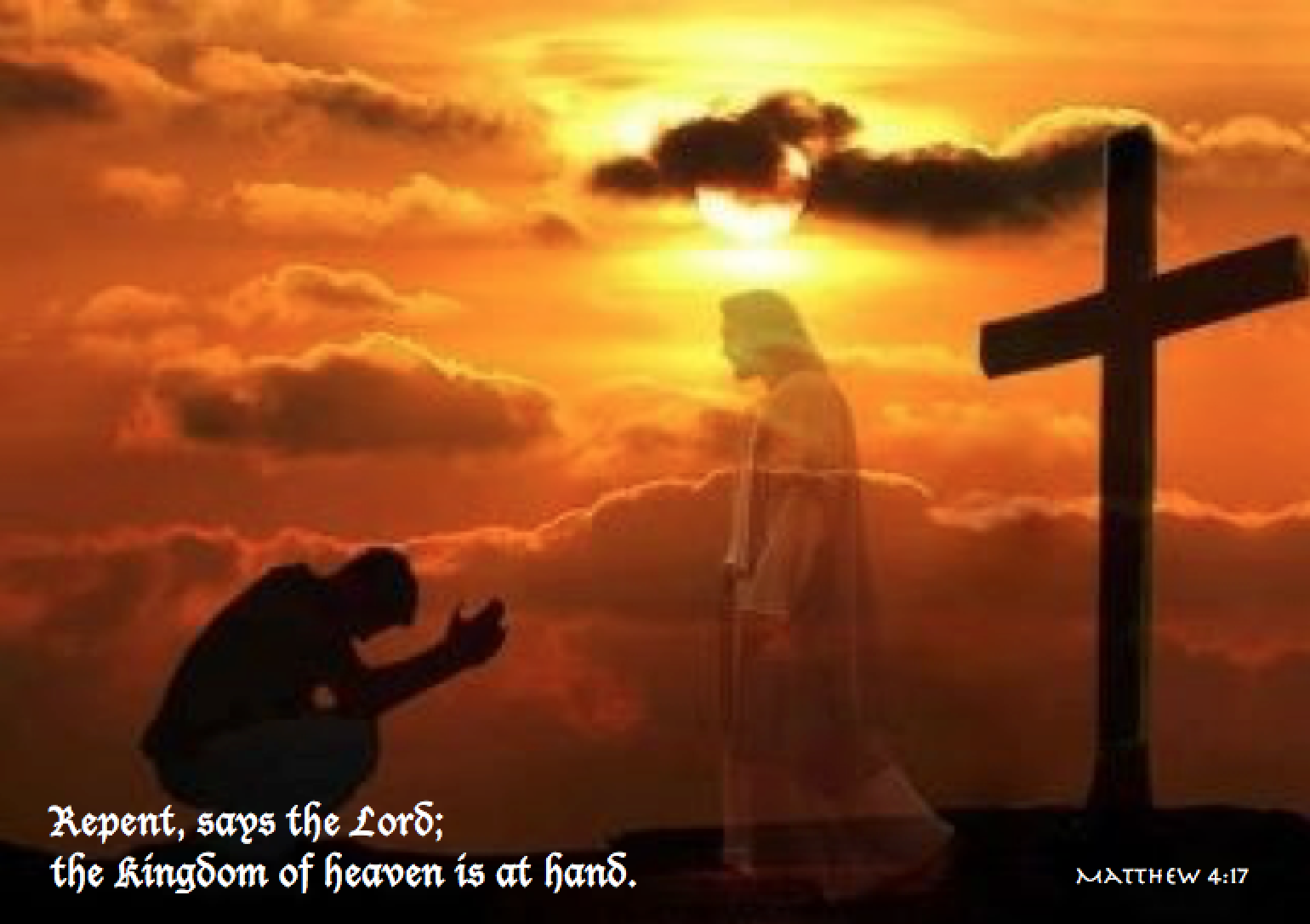 And he told them this parable:
“There once was a person who had a fig tree planted in his orchard,
and when he came in search of fruit on it but found none,
he said to the gardener,
‘For three years now I have come in search of fruit on this fig tree
but have found none.
So cut it down.
Why should it exhaust the soil?’
He said to him in reply,
‘Sir, leave it for this year also,
and I shall cultivate the ground around it and fertilize it;
it may bear fruit in the future.
If not you can cut it down.’”

What causes suffering or affliction and what does God want to teach us through it? The people of Israel suffered greatly under the oppressive rule of Egypt for more than 400 years. Did they suffer unjustly or was God angry with them? God was faithful to his people Israel even in the midst of their affliction and ill treatment by their Egyptian taskmaster. God in his mercy did not forget them nor forsake them. Throughout their long history of exile and suffering God made them strong and they grew in number. God listened to their plea for mercy and freedom. And God raised up a savior for them, called Moses, whom he taught and tested in the wilderness until he was ready to hear and obey God’s call.

The fire of God’s purifying love and deliverance
When Moses came near the mountain of God at Horeb (which is also named Sinai), God made his presence and will known to Moses through an extraordinary sign – a bush inflamed with a fierce fire that did not harm or destroy the bush. This burning bush was a sign of God’s presence and power to save his people from destruction. The fire of God’s presence always demonstrates his purifying love and mercy that burns away sin and refashions us in his holiness and righteousness (moral goodness). Just as gold is tested through fire, God tests and purifies his people and fills them with the fire of his love and holiness.

When Jesus preached the coming of God’s kingdom of peace and righteousness to his people, he called them to repent and believe in the gospel – the good news of pardon, peace, and new life in the Holy Spirit. His numerous signs and miracles demonstrated the power of God’s kingdom breaking into the lives of all who turned to Jesus with faith and obedience. Many recognized that Jesus was the Messiah whom God had promised would come and do even greater signs and wonders than Moses has done.

Jesus addresses the issue of suffering and sin
Jesus on a number of occasions warned the people to turn away from sin before it was too late to repent and receive God’s mercy and pardon. Luke recounts two current disasters which Jesus addressed with the people. The first incident occurred in the temple at Jerusalem. Pilate, who was the Roman governor of Jerusalem at the time, ordered his troops to slaughter a group of Galileans who had come up to Jerusalem to offer sacrifice in the Temple. We do not know what these Galileans did to incite Pilate’s wrath, nor why Pilate chose to attack them in the holiest of places for the Jews, in their temple at Jerusalem. For the Jews, this was political barbarity and sacrilege at its worst!

The second incident which Jesus addressed was a natural disaster, a tower in Jerusalem which unexpectedly collapsed, killing 18 people. The Jews often associated such calamities and disasters as a consequence of sin. Scripture does warn that sin can result in calamity! Though the righteous fall seven times, and rise again; the wicked are overthrown by calamity (Proverbs 24:16).

The time for repentance and forgiveness is right now!
The real danger and calamity which Jesus points out is that an unexpected disaster or a sudden death does not give us time to repent of our sins and to prepare ourselves to meet the Judge of heaven and earth. The Book of Job reminds us that misfortune and calamity can befall both the righteous and the unrighteous alike. Jesus gives a clear warning – take responsibility for your actions and moral choices and put sin to death today before it can destroy your heart, mind, soul, and body as well. Unrepentant sin is like a cancer which corrupts us from within. If it is not eliminated through repentance – asking God for forgiveness and for his healing grace – it leads to a spiritual death which is far worse than physical destruction.

The sign of the barren fig tree
Jesus’ parable of the barren fig tree illustrates his warning about the consequences of allowing sin and corruption to take root in our hearts and minds. Fig trees were a common and important source of food for the people of Palestine. A fig tree normally matured within three years, producing plentiful fruit. If it failed, it was cut down to make room for more healthy trees. A decaying fig tree and its bad fruit came to symbolize for the Jews the consequence of spiritual corruption caused by evil deeds and unrepentant sin.

The unfruitful fig tree symbolized the outcome of Israel’s indifference and lack of response to God’s word of repentance and restoration. The prophets depicted the desolation and calamity of Israel’s fall and ruin – due to her unfaithfulness to God – as a languishing fig tree (see Joel 1:7,12; Habbakuk 3:17; and Jeremiah 8:13). Jeremiah likened good and evil rulers and members of Israel with figs that were either good for eating or rotten and wasteful (Jeremiah 24:2-8). Jesus’ parable depicts the patience of God, but it also contains a warning that we should not presume upon God’s patience and mercy. God’s judgment will come in due course – very soon or later.

Why God judges
Why does God judge his people? He judges to purify and cleanse us of all sin that we might grow in his holiness and righteousness. And he disciplines us for our own good, to inspire a godly fear and reverence for him and his word. God is patient, but for those who persistently and stubbornly rebel against him and refuse to repent and change their course, there is the consequence that they will lose both their soul and body to hell. Are God’s judgments unjust or unloving? When God’s judgments are revealed in the earth, the inhabitants of the world learn righteousness (Isaiah 26:9). To pronounce God’s judgment on sin is much less harsh than what will happen if those who sin are not warned to repent and turn back to God.

Lord Jesus, increase my hunger for you that I may grow in righteousness and holiness. May I not squander the grace of the present moment to say “yes” to you and to your will and plan for my life.