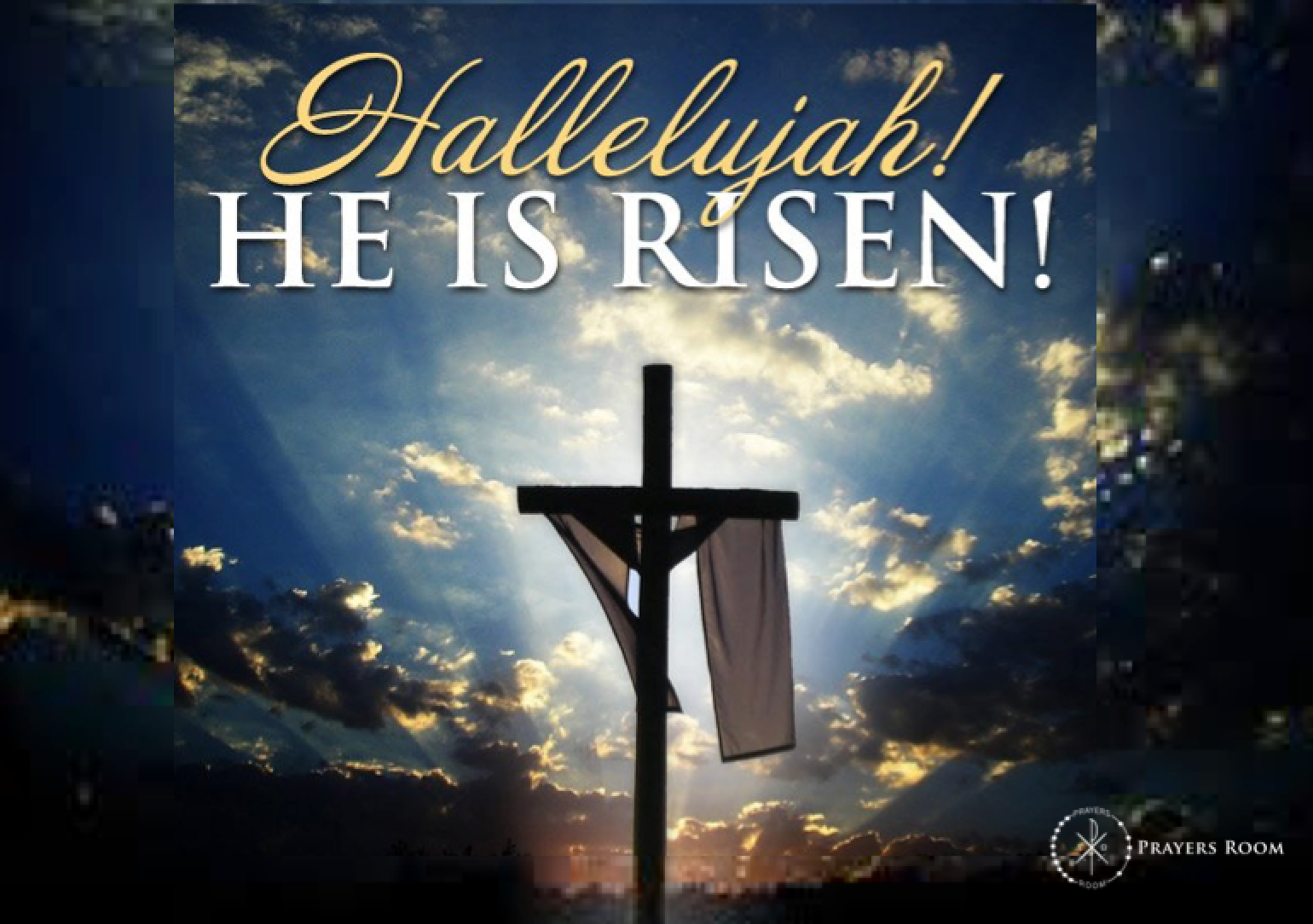 At that time, Jesus revealed himself again to his disciples at the Sea of Tiberias.
He revealed himself in this way.
Together were Simon Peter, Thomas called Didymus,
Nathanael from Cana in Galilee,
Zebedee’s sons, and two others of his disciples.
Simon Peter said to them, “I am going fishing.”
They said to him, “We also will come with you.”
So they went out and got into the boat,
but that night they caught nothing.
When it was already dawn, Jesus was standing on the shore;
but the disciples did not realize that it was Jesus.
Jesus said to them, “Children, have you caught anything to eat?”
They answered him, “No.”
So he said to them, “Cast the net over the right side of the boat
and you will find something.”
So they cast it, and were not able to pull it in
because of the number of fish.
So the disciple whom Jesus loved said to Peter, “It is the Lord.”
When Simon Peter heard that it was the Lord,
he tucked in his garment, for he was lightly clad,
and jumped into the sea.
The other disciples came in the boat,
for they were not far from shore, only about a hundred yards,
dragging the net with the fish.
When they climbed out on shore,
they saw a charcoal fire with fish on it and bread.
Jesus said to them, “Bring some of the fish you just caught.”
So Simon Peter went over and dragged the net ashore
full of one hundred fifty-three large fish.
Even though there were so many, the net was not torn.
Jesus said to them, “Come, have breakfast.”
And none of the disciples dared to ask him, “Who are you?”
because they realized it was the Lord.
Jesus came over and took the bread and gave it to them,
and in like manner the fish.
This was now the third time Jesus was revealed to his disciples
after being raised from the dead.

Why didn’t the apostles immediately recognize the Risen Lord Jesus when he greeted them at the Sea of Tiberias (also called the lake of Gennesaret or Galilee)? John gives us a clue. He states that Peter had decided to return to his home district of Galilee, very likely so he could resume his fishing career. Peter was discouraged and didn’t know what to do after the tragedy of Jesus’ death! He went back to his previous job as a fisherman out of uncertainty for his future. Six of the other apostles followed him back to Galilee.

The Lord Jesus renews Peter’s faith and calling – and ours as well
Why did Jesus choose to reveal himself to the apostles at the Sea of Galilee – and right after they had spent a whole night of futile fishing? The Risen Lord was waiting on the shore for Peter and the other apostles. When their boat drew near the shore, Jesus questioned them and then gave a command to lower their nets into the sea. When their nets began to burst at the great haul of fish, John, the beloved disciple, recognized that it was the Lord who was speaking to them. Peter then immediately leaped from the boat and ran to the Lord. Do you run to the Lord Jesus when you meet setbacks and disappointments, and when you faith is being put to the test? The Lord Jesus is always ready to renew us in faith and to give each of us fresh hope in his promises for us.

Why did Jesus perform this miraculous catch of fish after his third resurrection appearance to the apostles? By looking back to the first miracle of the great catch of fish, we can recognize the significance of Jesus repeating this miracle again for his apostles. The first miracle took place at the beginning of Jesus’ ministry in Galilee when the Lord called Peter to leave all and follow him. After Peter had fished all night and caught nothing, Jesus commanded him to lower his nets (see Luke 5:4-11). When his nets began to break under the weight of the great haul, Jesus then spoke to Peter and gave him a new calling and mission – from now on he would be “catching people” for the kingdom of God (Luke 5:10). Jesus repeats this miracle for Peter to remind him that he must continue his mission of “catching people” and “making disciples” for the kingdom of Christ.

Skeptics who disbelieve the resurrection accounts say the disciples only saw a vision of Jesus. The Gospels, however, give us a vivid picture of the reality of the resurrected and glorified body of the Lord Jesus. Jesus went out of his way to offer his disciples various proofs of his physical resurrection – that he is real and true flesh, not just a spirit or imaginary ghost.

Do you love me more than anything else?
In his third appearance to the apostles, Jesus prepared a breakfast for them and ate with them. Peter’s prompt response to draw near to the Lord and eat breakfast with him stands in sharp contrast to his previous denial and distancing himself from his Master during the night of Jesus’ arrest and trial. Why did Jesus question Peter’s love and loyalty three times in front of the other disciples? It must have caused Peter pain and sorrow since he had publicly denied Jesus three times previously. Now Peter, full of remorse and humility, unequivocally stated that he loved his Lord and Master and was willing to serve him whatever it might cost.

When Jesus asked Peter “do you love me more than these?” he may have pointed to the boats, nets and other fishing companions. He may have challenged Peter to let go of his career as a fisherman for the task of shepherding the people whom Christ would call to be his disciples. Jesus may have also pointed to the other apostles and to Peter’s previous boast: “Though they all fall away because of you, I will never fall away” (Matthew 26:33). Peter now makes no boast or comparison but humbly responds: “You know I love you.”

The Lord wants to renew our minds and rekindle our hearts with his transforming love
The Lord Jesus calls each one of us, even in our personal struggles, weakness, and sin, to draw near to him as our merciful Healer and Savior. He invites us to choose him as our Lord and to love him above all else. What can hold us back from giving him our undivided love and unqualified loyalty (Romans 8:38-39)? Nothing but our own sinful pride and stubborn will, and blind fear can hold us back from receiving his gracious forgiveness, loving-kindness, and faithful love. God’s abundant grace (favor and blessing) is a free and unmerited gift, far beyond what we deserve or could possibly hope to obtain through our own means. We can never outmatch God in generosity and goodness. He loved us first and our love for him is a response to his exceeding grace (unmerited favor) and mercy.

Saint Augustine of Hippo (354-430 AD) wrote in his famous confession a remarkable prayer of thanksgiving and love:

“Late have I loved you, O Beauty so ancient and so new. Late have I loved you! …You shone your Self upon me to drive away my blindness. You breathed your fragrance upon me… and in astonishment I drew my breath…now I pant for you! I tasted you, and now I hunger and thirst for you. You touched me! – and I burn to live within your peace. “ (Confessions 10:27)

The Lord Jesus wants to personally draw near to each one of us and he knocks every day on the door of our hearts and he waits for our response (Revelation 3:20). Do you recognize the Lord’s presence with you and do you listen for his voice as he speaks to you in your heart and through the word of God in the Sacred Scriptures? The Lord is ever ready to help us grow in the knowledge of his great love for us and in the exceeding richness of his mercies and goodness towards us. Ask the Lord Jesus to rekindle your love for him and to transform your life through the power and action of the Holy Spirit who dwells within you.

Lord Jesus, inflame my heart with your merciful love and remove everything that is unkind, ungrateful, unloving and unholy, and that is not in accord with your will. May I always seek to love you above all else and follow you wherever you wish to lead me.