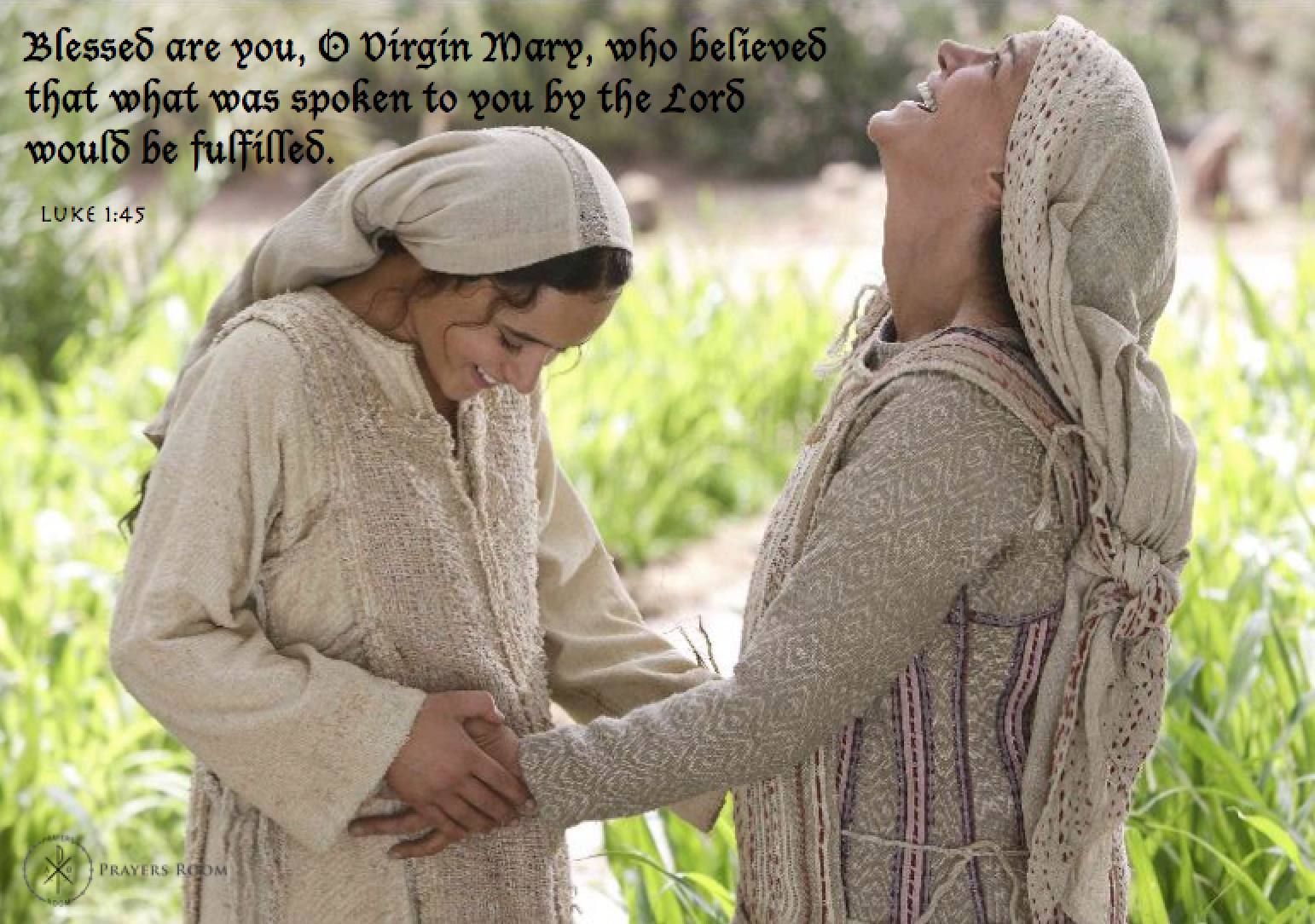 Today’s Note: Feast of the Nativity of the Blessed Virgin Mary

Do you rejoice in the promises of God and trust in his saving plan for your life? There is a long venerable tradition among many Christians of celebrating the birth of Mary, the mother of Jesus our Savior, on this day. Her birth prepared for our redemption in Jesus Christ. Matthew begins his Gospel account with the genealogy of Jesus from Abraham’s lineage through the line of David, King of Israel. Matthew concludes his genealogy by indicating that both Mary, Jesus’ mother and Joseph, his legal foster father, came from the line of David.

Do you believe and trust in God’s promises?
Mary was asked to assume in faith a burden of tremendous responsibility. It had never been heard of before that a child could be born without a natural father. Mary was asked to accept this miraculous exception to the laws of nature. That required faith and trust. Second, Mary was not yet married. Pregnancy outside of wedlock was not tolerated in those days. Mary was only espoused to Joseph, and such an engagement had to last for a whole year. She was asked to assume a great risk. She could have been rejected by Joseph, by her family, by all her own people. Mary knew that Joseph and her family would not understand without revelation from God. She nonetheless believed and trusted in God’s promises.

Joseph, a just and God-fearing man, believed the message given to him to take Mary as his wife and to accept the child in her womb as the promised Messiah. Like Mary, Joseph is a model of faith for us. He is a faithful witness and servant of God’s unfolding plan of redemption. Are you willing to trust and obey the Lord as Mary and Joseph did?

Jesus the Messiah is a direct descendant of King David and Abraham
What is the significance of Matthew’s genealogy? His genealogy is arranged in three sections portraying three great stages in the spiritual history of the people of the old covenant. The first stage begins with Abraham, the father of the chosen people, and ends with David, God’s anointed King. The second stage takes us to the exile of God’s people in Babylon. This is the period of Israel’s shame and disaster due to her unfaithfulness.

The third stage takes us to Jesus, God’s anointed Messiah. Jesus the Messiah is the direct descent of Abraham and David, and the rightful heir to David’s throne. God in his mercy fulfilled his promises to Abraham and to David that he would send a Savior and a King to rule over the house of Israel and to deliver them from their enemies.

Jesus the Savior is the fulfillment of God’s promises to us
Jesus is the fulfillment of all God’s promises. He is the hope not only for the people of the Old Covenant but for all nations as well. He is the Savior of the world. In him we receive adoption into a royal priesthood and holy nation as sons and daughters of the living God (see 1 Peter 1:9). Do you recognize your spiritual genealogy and do you accept God as your Father and Jesus as the sovereign King and Lord of your life?

Lord Jesus, you came to save us from the power of sin and death and give us abundant everlasting life in your kingdom. May I always rejoice in your saving work and trust in your plan for my life.