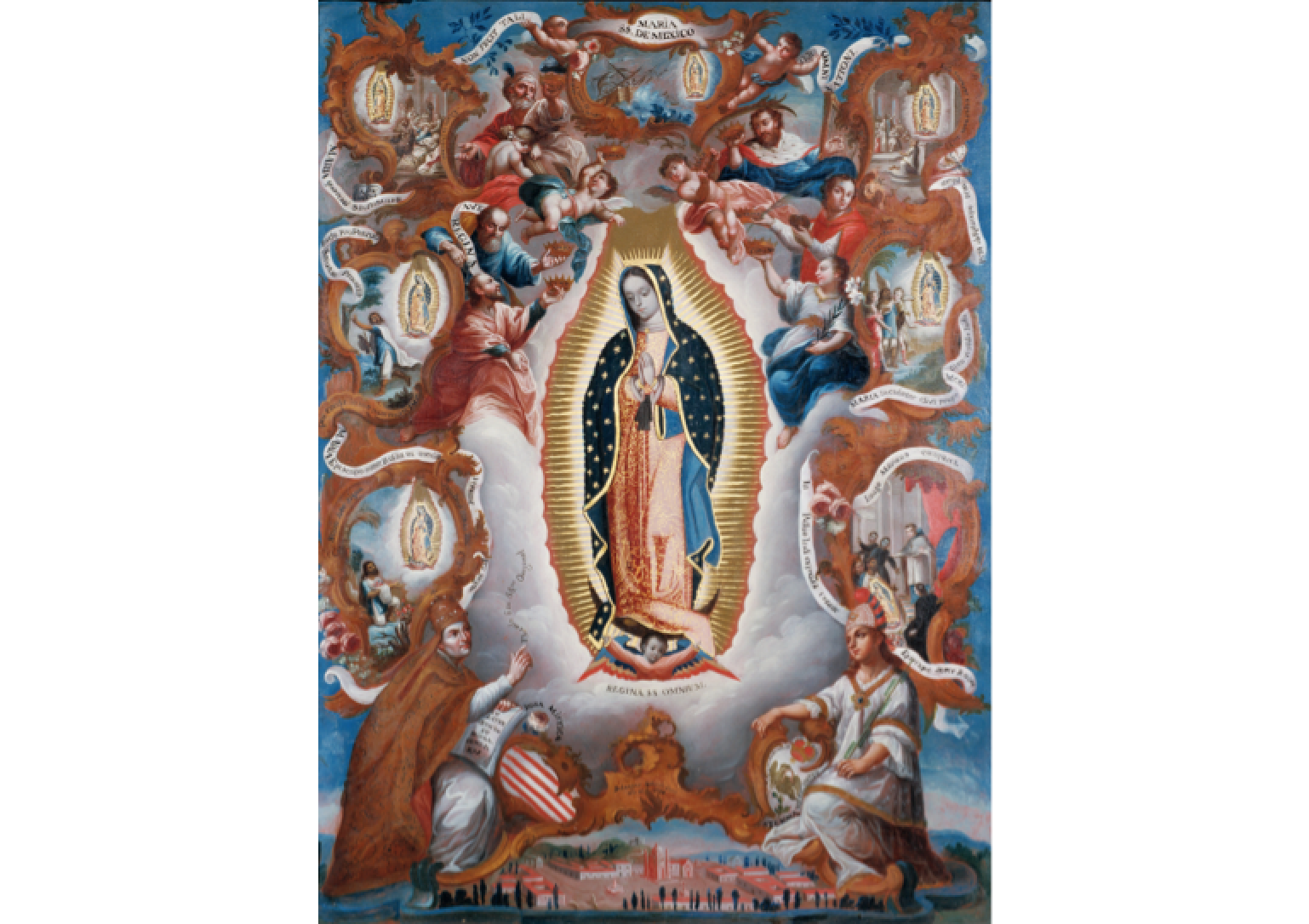 Today’s Feast: Feast of Our Lady of Guadalupe

And when he entered the temple,
the chief priests and the elders of the people
came up to him as he was teaching,
and said, “By what authority are you doing these things,
and who gave you this authority?”
Jesus answered them,
“I also will ask you a question;
and if you tell me the answer,
then I also will tell you by what authority I do these things.
The baptism of John, whence was it?
From heaven or from men?”
And they argued with one another,
“If we say, `From heaven,’
he will say to us,
`Why then did you not believe him?’
But if we say, `From men,’
we are afraid of the multitude;
for all hold that John was a prophet.”
So they answered Jesus, “We do not know.”
And he said to them,
“Neither will I tell you
by what authority I do these things.”

When the prophet John the Baptist began to preach a message of repentance in preparation for the coming of the Messiah, the religious leaders and rulers in Palestine resisted his word and persecuted him as well. Jesus met resistance, opposition, and fierce hostility from the religious rulers as well. Why did the religious leaders oppose Jesus and reject his claim to divine authority? Their view of religion did not match with God’s word because their hearts were set on personal gain rather than truth and submission to God’s plan and design for their lives.
They openly questioned Jesus to discredit his claim to be the Messiah. If Jesus says his authority is divine they will charge him with blasphemy. If he has done this on his own authority they might well arrest him as a mad zealot before he could do more damage. Jesus, seeing through their trap, poses a question to them and makes their answer a condition for his answer. Did they accept the work of John the Baptist as divine or human? If they accepted John’s work as divine, they would be compelled to accept Jesus as the Messiah. They dodged the question because they were unwilling to face the truth. They did not accept the Baptist and they would not accept Jesus as their Messiah.

“Lord Jesus Christ, you are the Way, the Truth, and the Life. Let your light shine in my heart and in my mind that I may grow in understanding the truth of your word and find joy and freedom in living according to it.”