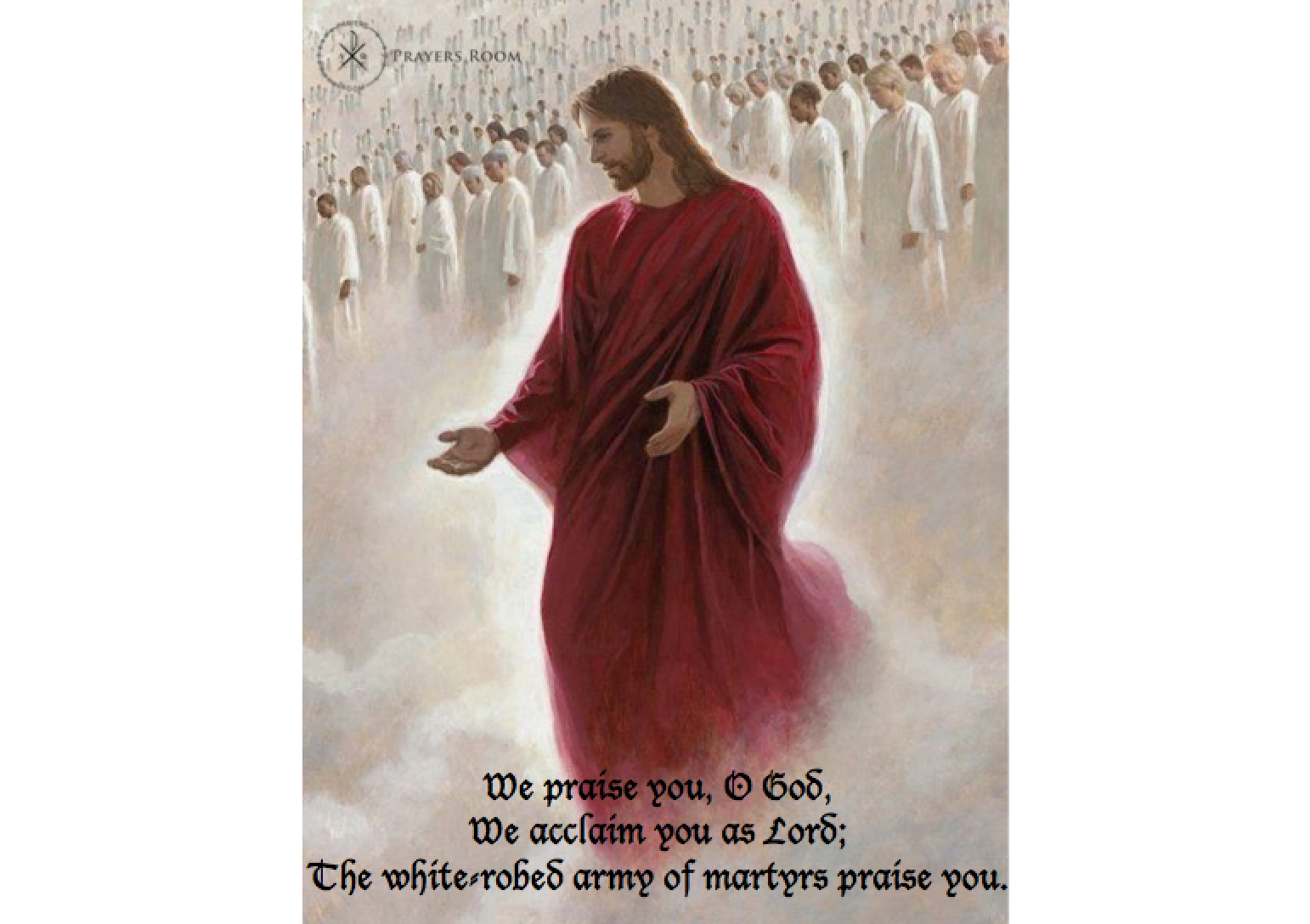 When Herod realized that he had been deceived by the magi,
he became furious.
He ordered the massacre of all the boys in Bethlehem and its vicinity
two years old and under,
in accordance with the time he had ascertained from the magi.
Then was fulfilled what had been said through Jeremiah the prophet:

A voice was heard in Ramah,
sobbing and loud lamentation;
Rachel weeping for her children,
and she would not be consoled,
since they were no more.

Rachel weeping for her children

Who can explain suffering, especially the suffering of innocent children? Herod’s massacre of children who gave their lives for a person and a truth they did not know seemed so useless and unjust. What a scandal and stumbling block for those who can’t recognize God’s redeeming love. Why couldn’t God prevent this slaughter? Suffering is indeed a mystery. No explanation seems to satisfy our human craving to understand.

First martyrs for Christ
These innocent children who died on Christ’s behalf are the first martyrs for Christ. Suffering, persecution, and martyrdom are the lot of all who chose to follow Jesus Christ. There is no crown without the cross. It was through Jesus’ suffering, humiliation, and death on a cross, that our salvation was won. His death won life – eternal life for us. And his blood which was shed for our sake obtained pardon and reconciliation with our heavenly Father.

Suffering can take many forms – illness, disease, handicap, physical pain and emotional trauma, slander, abuse, poverty, and injustice. Paul the Apostle states: We know that in everything God works for good with those who love him, who are called to his purpose (Romans 8:28)? Jesus exclaimed that those who weep, who are reviled and persecuted for righteousness sake are blessed (Matthew 5:10-12). The word blessed [makarios in the Greek] literally means happiness or beatitude. It describes a kind of joy which is serene and untouchable, self-contained and independent from chance and changing circumstances of life.

Supernatural joy in the face of suffering
There is a certain paradox for those blessed by the Lord. Mary was given the blessedness of being the mother of the Son of God. That blessedness also would become a sword which pierced her heart as her Son died upon the cross. She received both a crown of joy and a cross of sorrow. But her joy was not diminished by her sorrow because it was fueled by her faith, hope, and trust in God and his promises. Jesus promised his disciples that “no one will take your joy from you” (John 16:22).

The Lord gives each of us a supernatural joy which enables us to bear any sorrow or pain and which neither life nor death can take way. Do you know the joy of a life fully given over to God with faith and trust?

“Lord Jesus, you gave your life for my sake, to redeem me from slavery to sin and death. Help me to carry my cross with joy that I may willingly do your will and not shrink back out of fear or cowardice when trouble besets me.”