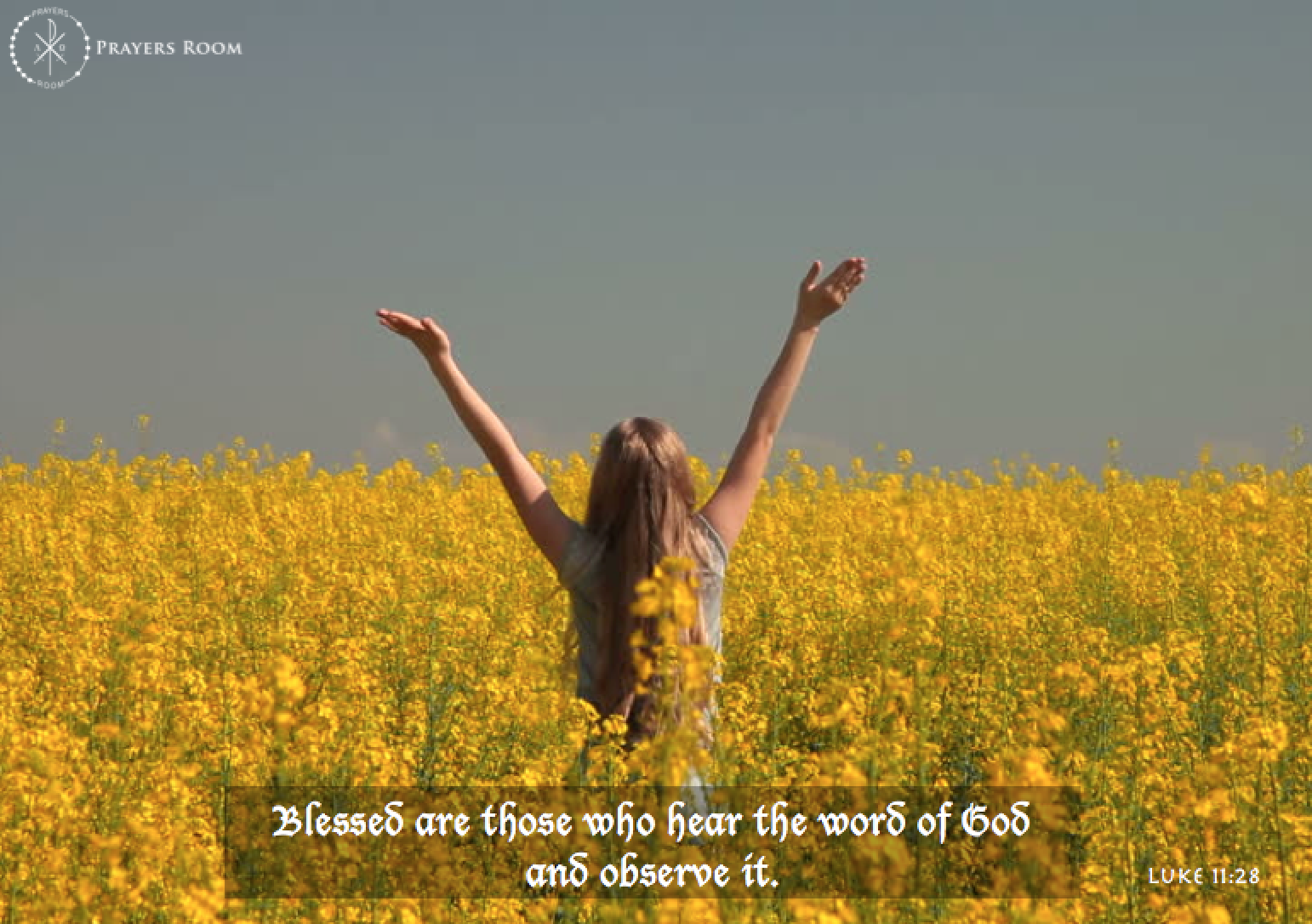 Today’s Note: Tuesday of the Twenty-fifth Week in Ordinary Time

The mother of Jesus and his brothers came to him
but were unable to join him because of the crowd.
He was told, “Your mother and your brothers are standing outside
and they wish to see you.”
He said to them in reply, “My mother and my brothers
are those who hear the word of God and act on it.”

The Bible is filled with examples of unlikely heroes. When Samuel went to anoint a king for Israel, he chose David, the youngest and least likely of Jesse’s seven sons. When it was time for Jesus to become man, God chose Mary, a poor, little-known girl from Nazareth, to be his mother. And as today’s reading shows, God even uses unbelievers to advance his plan. When it was time for his people to finish rebuilding the Temple in Jerusalem, he chose the pagan King Darius to make it happen!

The Jews were returning to Jerusalem from exile. They had started rebuilding the Temple when Cyrus was king of Persia. But when Cyrus died, foot-dragging, foreign interference, and political complications halted work for about fifteen years. What could get them back on track? The decree of a new king.

Darius was not intentionally following a prophetic word from God when he made his decree; he was making a political calculation. It’s probably fair to say his plans for the Jews were not the same as what God had in mind. But that didn’t stop God from blessing the king’s order and using it to bring about the reconstruction of the Temple.

It just goes to show, sometimes God sends help from unexpected places. Even this pagan king could help pave the way for the fulfillment of God’s plan. He didn’t have to be perfect; he didn’t have to understand God’s intentions; he didn’t even have to be a believer. God was not confined by the king’s limitations; in spite of them all, the Temple was rebuilt in Jerusalem—thanks to King Darius!

That’s just the way God operates. Even today, he uses unlikely characters like Darius and David and Mary to bring about his plans. Maybe you are mired in a problem that you can’t resolve, but an offhand comment from a friend who doesn’t go to church shows you the way out. Maybe seeing two of your children playing nicely together (for once!) gives you a new insight into Jesus’ call to love one another. Or maybe, just maybe, your example at work impresses a coworker so much that she starts asking about your faith. You never know what God will do.

“Lord, you can work through anyone. I believe even I can be essential to your kingdom.”