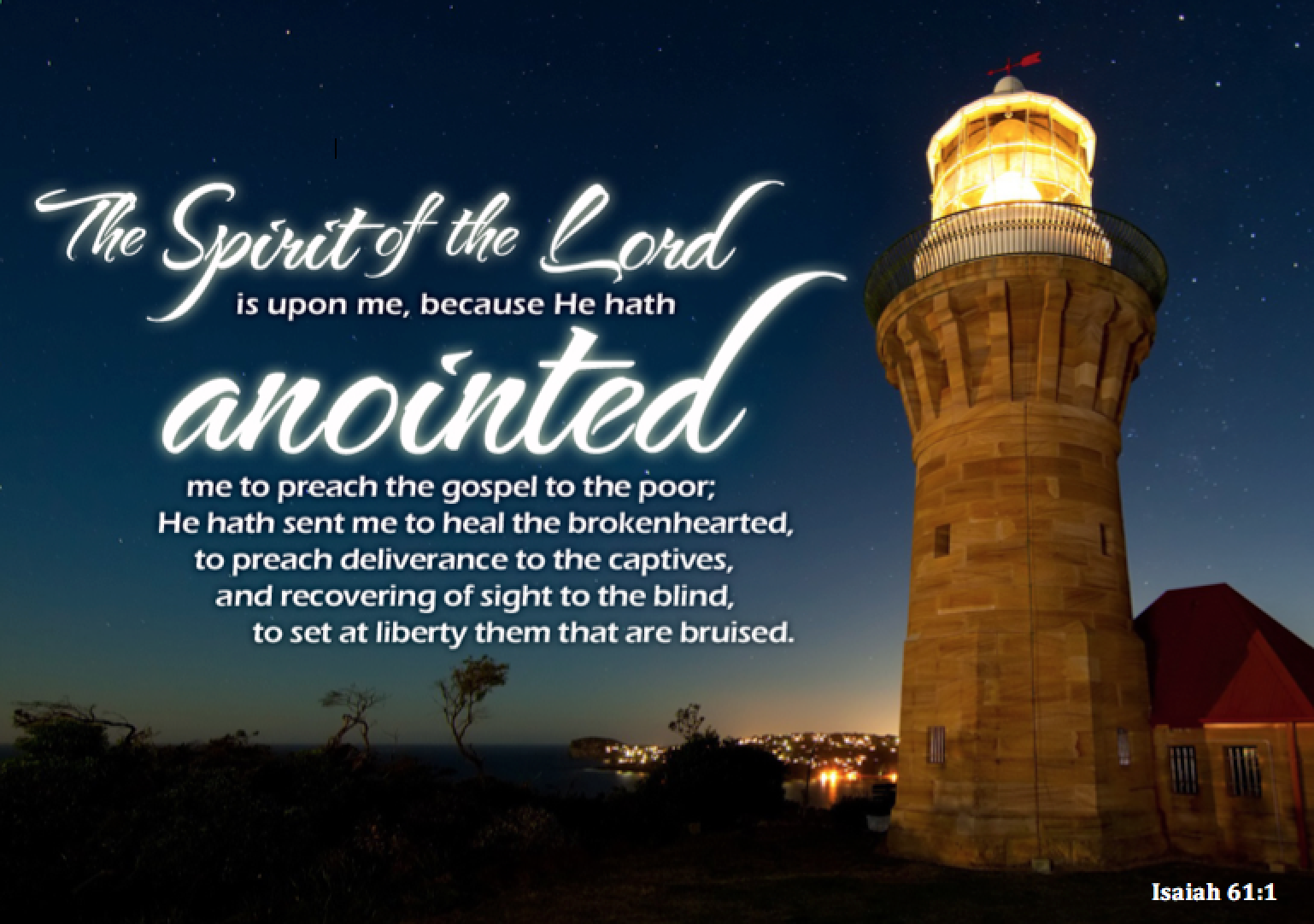 The crowds asked John the Baptist,
“What should we do?”
He said to them in reply,
“Whoever has two cloaks
should share with the person who has none.
And whoever has food should do likewise.”
Even tax collectors came to be baptized and they said to him,
“Teacher, what should we do?”
He answered them,
“Stop collecting more than what is prescribed.”
Soldiers also asked him,
“And what is it that we should do?”
He told them,
“Do not practice extortion,
do not falsely accuse anyone,
and be satisfied with your wages.”

Now the people were filled with expectation,
and all were asking in their hearts
whether John might be the Christ.
John answered them all, saying,
“I am baptizing you with water,
but one mightier than I is coming.
I am not worthy to loosen the thongs of his sandals.
He will baptize you with the Holy Spirit and fire.
His winnowing fan is in his hand to clear his threshing floor
and to gather the wheat into his barn,
but the chaff he will burn with unquenchable fire.”
Exhorting them in many other ways,
he preached good news to the people.

Why did thousands come out to hear John the Baptist preach? And what was so unusual about his message? When John the Baptist appeared on the public scene and began to prophesy the whole nation of Israel took notice. It had been many hundreds of years since a prophet had spoken out and performed signs in the land of Israel. John broke the long silence with the sudden announcement that the Messiah (God’s Anointed One) was about to appear. God had long ago promised his people through the patriarchs of the old covenant (Abraham, Isaac, and Jacob), and through the prophets (Isaiah, Jeremiah, Zephaniah, etc.) and rulers of Israel (Moses, David), that he would send them a Redeemer who would save them from their sins, free them from oppression, fill them with the joy of his presence (Zephaniah 3:17), and bring them his everlasting kingdom of peace and righteousness.

John brought ‘good news’ to the people
The people recognized that John was an extraordinary man of God and a true prophet who spoke in God’s name. They came out to hear the “good news” (Luke 3:18) which he preached to them. And they willingly submitted to his baptism of repentance at the River Jordan where he preached. John’s task was to wake people up from spiritual sleep and indifference, and to turn them back to hear God’s voice and obey his commandments. John wanted the people to be in a good place to receive the Messiah and follow him.

Luke mentions two groups in particular who came to John for spiritual renewal – tax collectors and Jewish soldiers who belonged to the Roman peace-keeping force. Both groups were regarded as being spiritually unfit and unclean by the Jewish authorities and were treated as outcasts. John welcomed them with open arms along with all the multitude of people who came to hear the “good news” and be baptized in the cleansing waters of the River Jordan.

John’s message of repentance
John’s message of renewal and repentance was very practical. He told the people three things: First, every follower of God must share what they possess (their personal goods and resources) with their neighbors, especially with those who lacked the basic necessities of life. John recognized that this was a key duty for every individual and an outward expression of the great commandment to love one’s neighbor as oneself (Leviticus 19:18).

Second, John pointed out the sacred duty to give each and every person what is their due and to not take from them what rightfully belongs to them. God commands that each person be treated with respect and that honor be given where honor is due. John told the tax collectors that they must not coerce people to pay more tax money than what was rightfully due. (Tax collectors often made handsome profits for themselves by overcharging other people.) John instructed soldiers to not abuse their authority or power to compel people to give or do things for them beyond what was rightful and their due. (It was not uncommon for soldiers to abuse their position to force people to carry their heavy equipment for them or to rob them of their goods.) John did not tell them to leave their profession, but to be good, honest, and respectful soldiers.

And thirdly, John exhorted his listeners to be content with what they had and to avoid coveting (wrongfully desiring or acquiring) what belonged to others. John basically called the people to turn back to God and to walk in his way of love and righteousness.

The word of God has power to transform us
Whenever the Gospel is proclaimed it has power to awaken faith in people who will listen and turn to God. God, in turn, is always ready to open our eyes to the spiritual reality of his kingdom and to the power and action of the Holy Spirit who transforms us into the likeness of Christ. Do you believe that God’s word is “good news” for you? And do you allow his word to take root and grow in you, and bring you the fruit of joy, freedom, and new life in the Holy Spirit?

John’s message of “good news” aroused in many people a new hope and joyful expectation that this was now the decisive moment for God’s Anointed One (the long-expected Messiah and Savior of Israel) to come with power, justice, and judgment to establish his reign of peace and righteousness. Many wondered aloud if John himself might be the promised Messiah, the one who would deliver them from oppression.

John’s response was loud and clear – he was only the herald’s voice who prepares the way for the Messiah’s coming. When John compared his position with the Messiah, John humbly stated that he considered himself lower than the lowest slave. His task was simply to awaken the interest of his people for God’s word, unsettle them from their complacency, and arouse in them enough good will to recognize and receive the Messiah when he came. With John the Baptist, the Holy Spirit begins the restoration to the human race of the “divine likeness,” prefiguring what would be achieved through and in the Lord Jesus Christ.

The Messiah will baptize with the Holy Spirit and fire
John’s baptism was for repentance – turning away from sin and taking on a new way of life according to God’s word. John said that the Messiah would “baptize with the Holy Spirit and with fire.” Fire in biblical times was associated with God and with his action in the world and in the lives of his people. God sometimes manifested his presence by use of fire, such as the burning bush which was not consumed when God spoke to Moses (Exodus 3:2). The image of fire was also used to symbolize God’s glory (Ezekiel 1:4, 13), his protective presence (2 Kings 6:17), his holiness (Deuteronomy. 4:24), his righteous judgment (Zechariah 13:9), and his wrath against sin (Isaiah 66:15-16).

John expanded this image with the illustration of the process of separating wheat from chaff. A winnowing fan or shovel was used for tossing the wheat in the air. The heavier kernels of wheat fell to the ground, while the lighter chaff was carried off by the wind. The chaff was then collected and used for fuel (see Isaiah 21:10).

The fire of the Holy Spirit
In the New Testament, the image of fire is also used of the Holy Spirit who comes to cleanse us from sin and make us holy (Matthew 3:11 and Acts 2:3). God’s fire both purifies us of sin and it inspires in us a reverent fear of God and of his word. And it increases our desire for holiness and for the joy of meeting the Lord when he comes again.

Do you want to be on fire for God and for the return of the Lord Jesus when he comes in his glory? Our baptism in Jesus Christ by water and the Spirit results in a new birth and entry into God’s kingdom as his beloved sons and daughters (John 3:5). Jesus is ready to give us the fire of his Spirit that we may radiate the joy of the Gospel to a world in desperate need of God’s light and truth. The word of God has power to change and transform our lives that we may be lights pointing others to Jesus Christ, the true light of the world (John 8:12). Like John the Baptist, we too are called to give testimony to the light and truth of Jesus Christ. Do you point others to Jesus Christ in the way you speak and live?

Lord Jesus, let your light burn brightly in my heart that I may know the joy and freedom of your kingdom. Fill me with your Holy Spirit and empower me to witness the truth of your gospel and to point others to the light of Christ.