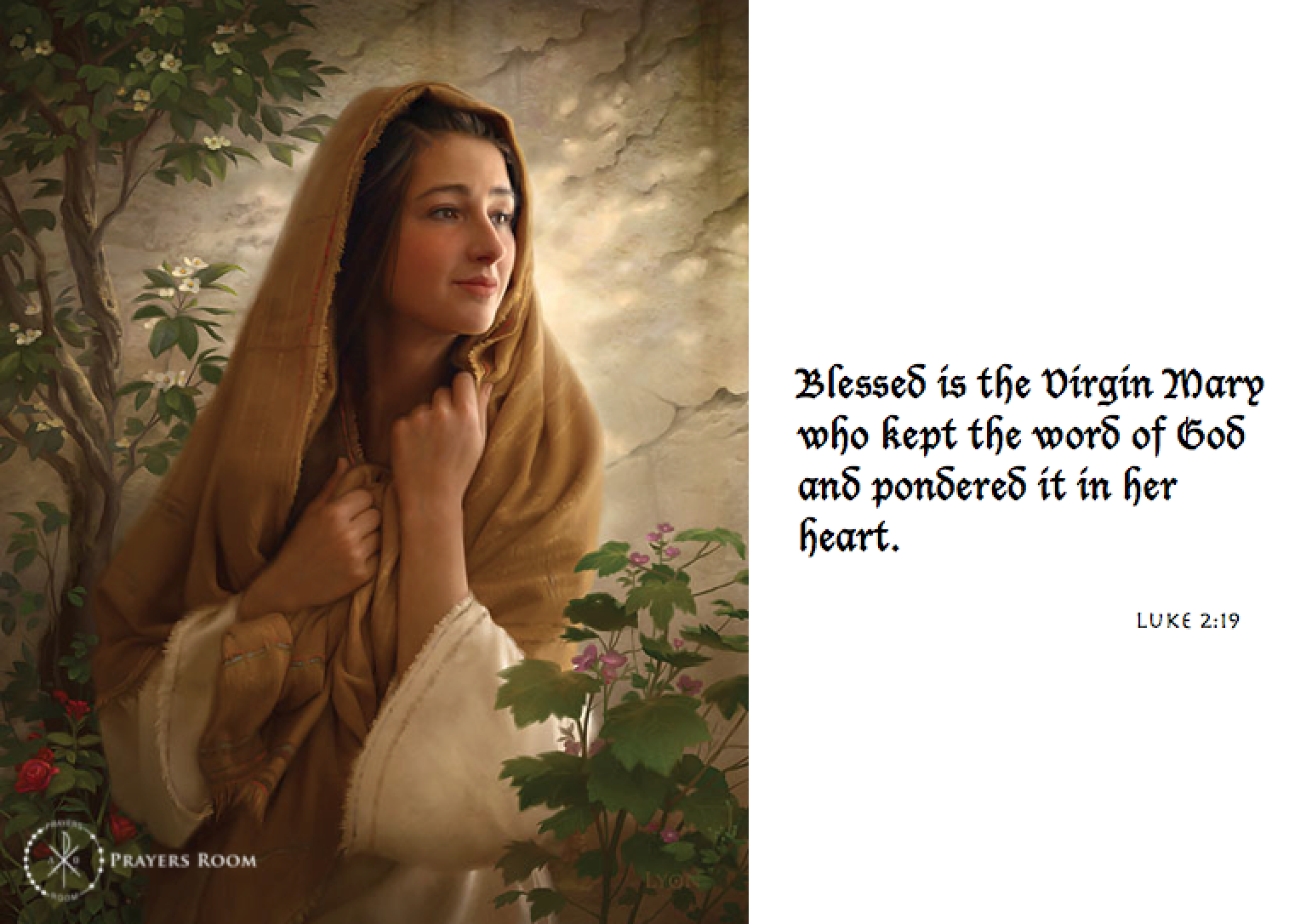 Today’s Note: Memorial of the Immaculate Heart of the Blessed Virgin Mary

As he entered Capernaum,
a centurion came forward to him, beseeching him and saying,
“Lord, my servant is lying paralyzed at home, in terrible distress.”
And he said to him, “I will come and heal him.”
But the centurion answered him,

“Lord, I am not worthy to have you come under my roof;
but only say the word, and my servant will be healed.
For I am a man under authority, with soldiers under me;
and I say to one, `Go,’ and he goes,
and to another, `Come,’ and he comes,
and to my slave, `Do this,’ and he does it.”

When Jesus heard him,
he marveled, and said to those who followed him,
“Truly, I say to you, not even in Israel have I found such faith.
I tell you, many will come from east and west
and sit at table with Abraham, Isaac, and Jacob in the kingdom of heaven,
while the sons of the kingdom will be thrown into the outer darkness;
there men will weep and gnash their teeth.”

And to the centurion Jesus said,
“Go; be it done for you as you have believed.”
And the servant was healed at that very moment.
And when Jesus entered Peter’s house,
he saw his mother-in-law lying sick with a fever;
he touched her hand, and the fever left her,
and she rose and served him.
That evening they brought to him many who were possessed with demons;
and he cast out the spirits with a word,
and healed all who were sick.
This was to fulfill what was spoken by the prophet Isaiah,
“He took our infirmities and bore our diseases.”

What kind of expectant faith and trust does the Lord Jesus want you to place in him? In Jesus’ time the Jews hated the Romans because they represented everything the Jews stood against – including pagan beliefs and idol worship, immoral practices such as abortion and infanticide, and the suppression of the Israelites’ claim to be a holy nation governed solely by God’s law. It must have been a remarkable sight for the Jewish residents of Capernaum to see Jesus conversing with an officer of the Roman army.

The power to command with trust and respect
Why did Jesus not only warmly receive a Roman centurion but praise him as a model of faith and confidence in God? In the Roman world the position of centurion was very important. He was an officer in charge of a hundred soldiers. In a certain sense, he was the backbone of the Roman army, the cement which held the army together. Polybius, an ancient write, describes what a centurion should be: “They must not be so much venturesome seekers after danger as men who can command, steady in action, and reliable; they ought not to be over-anxious to rush into the fight, but when hard pressed, they must be ready to hold their ground, and die at their posts.”

Faith in Jesus’ authority over sickness and power to heal
The centurion who approached Jesus was not only courageous, but faith-filled as well. He risked the ridicule of his associates as well as mockery from the Jews by seeking help from a wandering preacher from Galilee. Nonetheless, he approached Jesus with great confidence and humility. He was an extraordinary man because he loved his slave. In the Roman world slaves were treated as property and like animals rather than people. The centurion was also an extraordinary man of faith. He believed that Jesus could heal his beloved slave. Jesus commended him for his faith and immediately granted him his request. Are you willing to suffer ridicule in the practice of your faith? And when you need help, do you approach the Lord Jesus with expectant faith?

Heavenly Father, you sent us your Son Jesus that we might be freed from the tyranny of sin and death. Increase my faith in the power of your saving word and give me freedom to love and serve others with generosity and mercy as you have loved me.