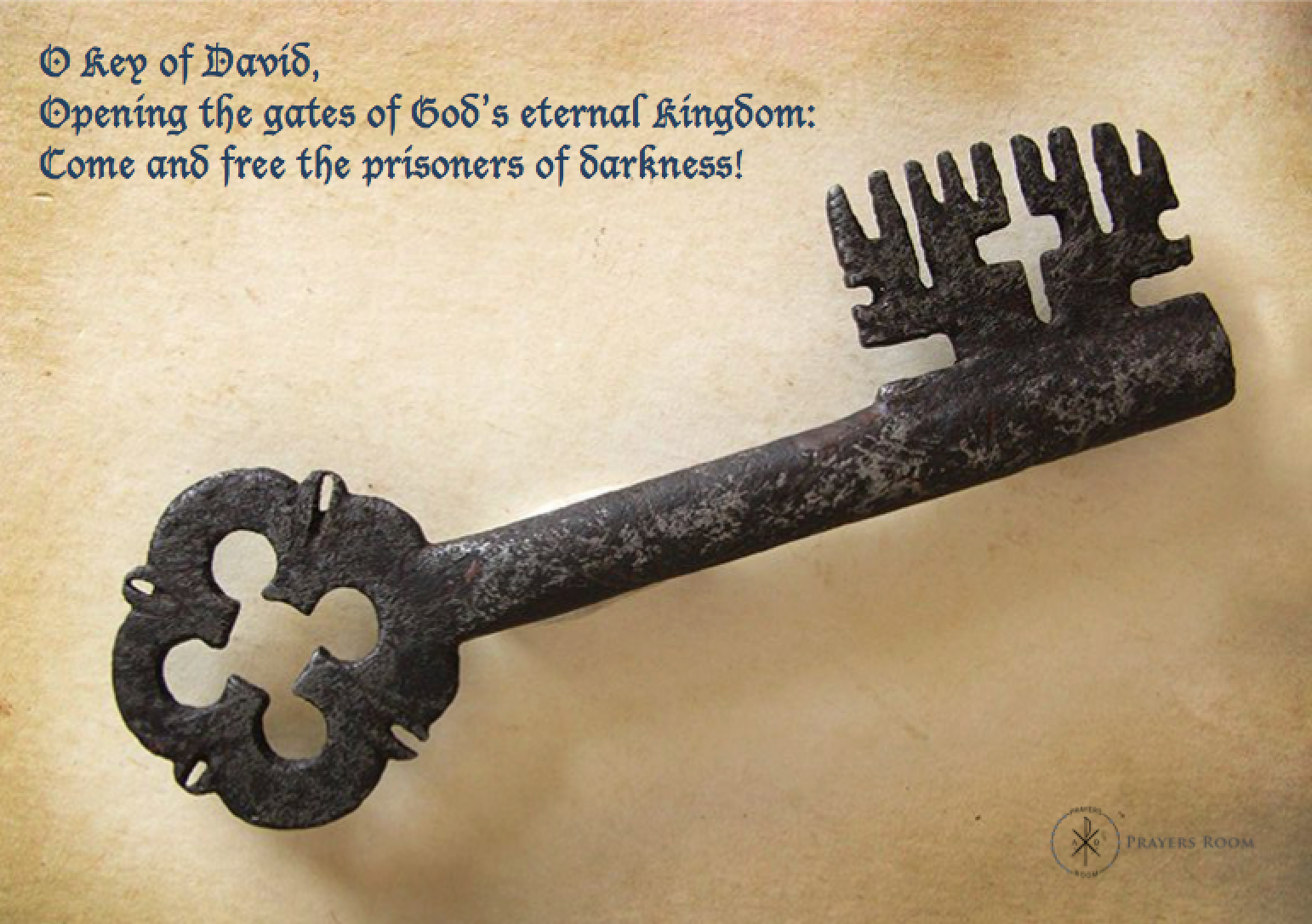 Today’s Note: Tuesday of the Fourth Week in Advent

In the sixth month,
the angel Gabriel was sent from God
to a town of Galilee called Nazareth,
to a virgin betrothed to a man named Joseph,
of the house of David,
and the virgin’s name was Mary.
And coming to her, he said,
“Hail, full of grace! The Lord is with you.”
But she was greatly troubled at what was said
and pondered what sort of greeting this might be.
Then the angel said to her,
“Do not be afraid, Mary,
for you have found favor with God.
Behold, you will conceive in your womb and bear a son,
and you shall name him Jesus.
He will be great and will be called Son of the Most High,
and the Lord God will give him the throne of David his father,
and he will rule over the house of Jacob forever,
and of his Kingdom there will be no end.”

But Mary said to the angel,
“How can this be,
since I have no relations with a man?”
And the angel said to her in reply,
“The Holy Spirit will come upon you,
and the power of the Most High will overshadow you.
Therefore the child to be born
will be called holy, the Son of God.
And behold, Elizabeth, your relative,
has also conceived a son in her old age,
and this is the sixth month for her who was called barren;
for nothing will be impossible for God.”

Mary said, “Behold, I am the handmaid of the Lord.
May it be done to me according to your word.”
Then the angel departed from her.

How does God reveal his favor to us? In the psalms we pray, “Lord, show me a sign of your favor” (Psalm 86:17). In the Old Testament God performed many signs and miracles to demonstrate his love and mercy for his people, such as their deliverance from slavery in Egypt and the miraculous crossing of the Red sea on dry land (Psalm 78:43-53). When Ahaz, king of Judah and heir to the throne of David (735 B.C.) was surrounded by forces that threatened to destroy him and his people, God offered him a sign to reassure him that God would not abandon the promise he made to David and his descendants. King Ahaz, however, had lost hope in God and refused to ask for a sign of favor. God, nonetheless, gave a sign to assure his people that he would indeed give them a Savior who would rule with peace and righteousness (Isaiah 7:11ff).

His kingdom will have no end
As Eve was the mother of all humanity doomed to sin, now Mary becomes the mother of the new Adam who will father a new humanity by his grace (Romans 5:12-21). This child to be conceived in her womb is the fulfillment of all God’s promises. He will be “great” and “Son of the Most High” and “King” and his name shall be called “Jesus” (Luke 1:31-32), which means “the Lord saves.” “He will save his people from their sins” (Matthew 1:21). The angel repeats to Mary, the daughter of the house of David, the promise made to King David: “The Lord God will give to him the throne of his father David, and he will reign over the house of Jacob for ever; and of his kingdom there will be no end” (2 Samuel 7:12-16, Isaiah 9:6-7, Luke 1:32-33).

Mary is a true hearer of the Word of God
How does Mary respond to the word of God delivered by the angel Gabriel? She knows she is hearing something beyond human capability. It will surely take a miracle which surpasses all that God has done previously. Her question, “how shall this be, since I have no husband” is not prompted by doubt or skepticism, but by wonderment! She is a true hearer of the Word and she immediately responds with faith and trust.

Mary’s prompt response of “yes” to the divine message is a model of faith for all believers. Mary believed God’s promises even when they seemed impossible. She was full of grace because she trusted that what God said was true and would be fulfilled. She was willing and eager to do God’s will, even if it seemed difficult or costly. Mary is the “mother of God” because God becomes incarnate when he takes on flesh in her womb. When we pray the Nicene Creed we state our confession of faith in this great mystery: “For us men and for our salvation he came down from heaven; by the power of the Holy Spirit, he became incarnate of the Virgin Mary, and was made man”.

If we say “yes” to God we can live a grace-filled life
God gives us grace and he expects us to respond with the same willingness, obedience, and heartfelt trust as Mary did. When God commands he also gives the help, strength, and means to respond. We can either yield to his grace or resist and go our own way. Do you believe in God’s promises and do you yield to his grace?

“Heavenly Father, you offer us abundant grace, mercy, and forgiveness through your Son, Our Lord Jesus Christ. Help me to live a grace-filled life as Mary did by believing in your promises and by giving you my unqualified ‘yes’ to your will and plan for my life.”