Feast of the Exaltation of the Holy Cross – History 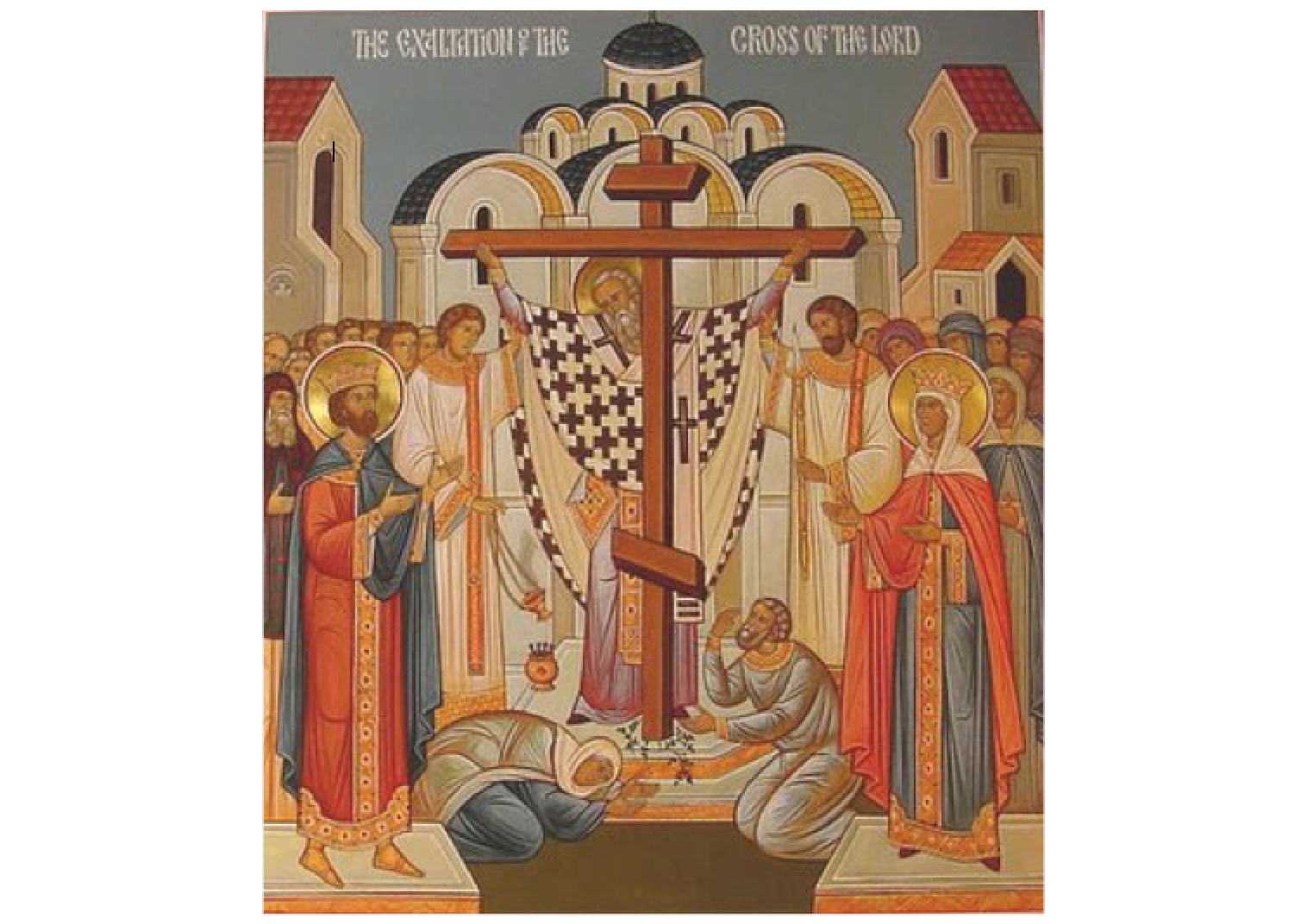 After the death and resurrection of Christ, both the Jewish and Roman authorities in Jerusalem made efforts to obscure the Holy Sepulchre, Christ’s tomb in the garden near the site of His crucifixion. The earth had been mounded up over the site, and pagan temples had been built on top of it. The Cross on which Christ had died had been hidden (tradition said) by the Jewish authorities somewhere in the vicinity.

According to tradition, first mentioned by Saint Cyril of Jerusalem in 348, Saint Helena, nearing the end of her life, decided under divine inspiration to travel to Jerusalem in 326 to excavate the Holy Sepulchre and attempt to locate the True Cross.

A Jew by the name of Judas, aware of the tradition concerning the hiding of the Cross, led those excavating the Holy Sepulchre to the spot in which it was hidden.

Three crosses were found on the spot. According to one tradition, the inscription Iesus Nazarenus Rex Iudaeorum (“Jesus of Nazareth, King of the Jews”) remained attached to the True Cross. According to a more common tradition, however, the inscription was missing, and Saint Helena and Saint Macarius, the bishop of Jerusalem, assuming that one was the True Cross and the other two belonged to the thieves crucified alongside Christ, devised an experiment to determine which was the True Cross.

In celebration of the discovery of the Holy Cross, Constantine ordered the construction of churches at the site of the Holy Sepulchre and on Mount Calvary. Those churches were dedicated on September 13 and 14, 335, and shortly thereafter the Feast of the Exaltation of the Holy Cross began to be celebrated on the latter date. The feast slowly spread from Jerusalem to other churches, until, by the year 720, the celebration was universal.

In the early seventh century, the Persians conquered Jerusalem, and the Persian king Khosrau II captured the True Cross and took it back to Persia. After Khosrau’s defeat by Emperor Heraclius II, Khosrau’s own son had him assassinated in 628 and returned the True Cross to Heraclius. In 629, Heraclius, having initially taken the True Cross to Constantinople, decided to restore it to Jerusalem. Tradition says that he carried the Cross on his own back, but when he attempted to enter the church on Mount Calvary, a strange force stopped him. Patriarch Zacharias of Jerusalem, seeing the emperor struggling, advised him to take off his royal robes and crown and to dress in a penitential robe instead. As soon as Heraclius took Zacharias’ advice, he was able to carry the True Cross into the church.

For some centuries, a second feast, the Invention of the Cross, was celebrated on May 3 in the Roman and Gallican churches, following a tradition that marked that date as the day on which Saint Helena discovered the True Cross. In Jerusalem, however, the finding of the Cross was celebrated from the beginning on September 14.