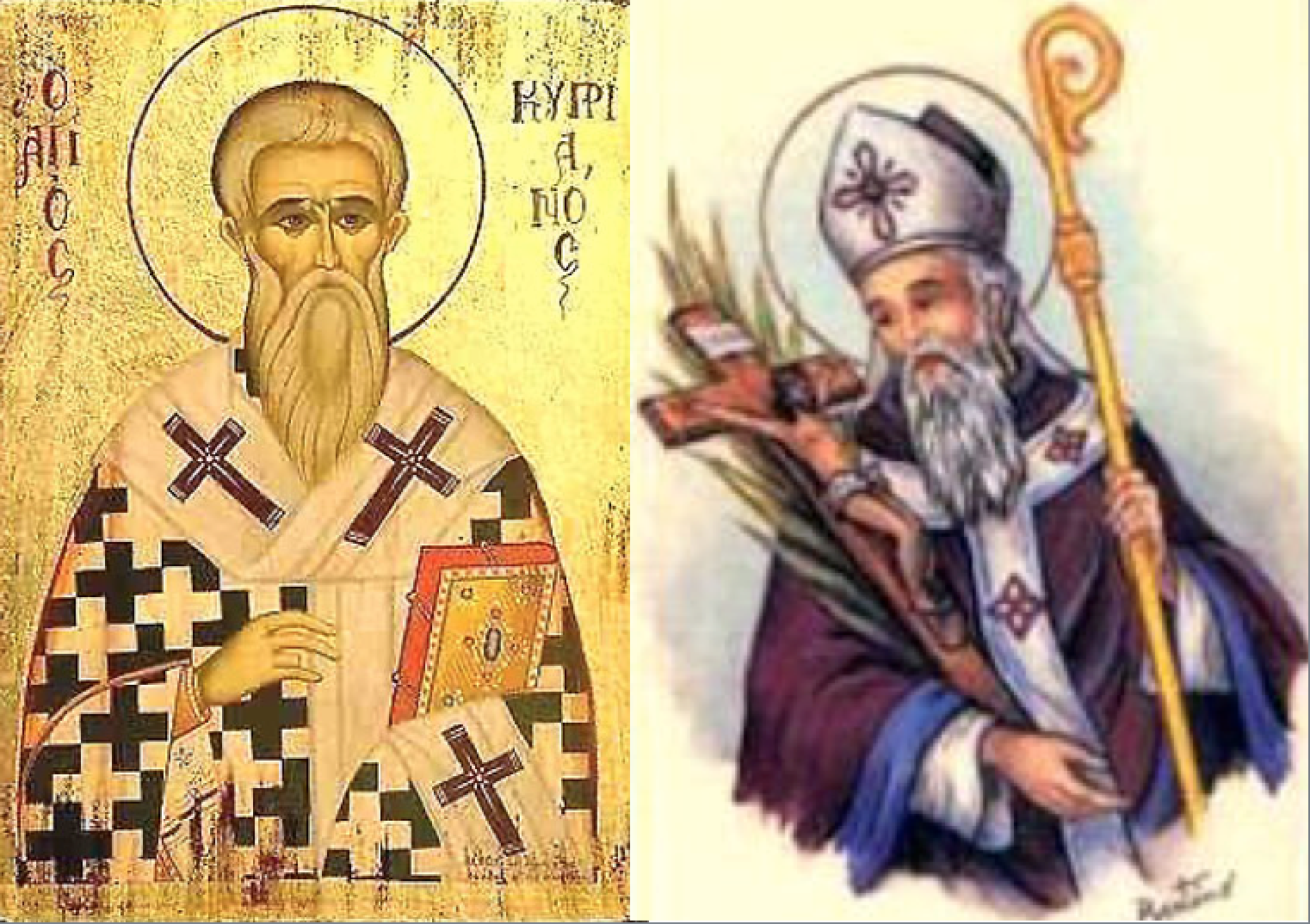 Quote:
“You cannot have God for your Father if you do not have the Church for your mother…. God is one and Christ is one, and his Church is one; one is the faith, and one is the people cemented together by harmony into the strong unity of a body…. If we are the heirs of Christ, let us abide in the peace of Christ; if we are the sons of God, let us be lovers of peace”

“When once you have departed this life, there is no longer any place for repentance, no way of making satisfaction. Here, life is either lost or kept. Here, by the worship of God and by the fruit of faith, provision is made for eternal salvation. Let no one be kept back either by his sins or by his years from coming to obtain salvation. To him who still remains in this world, there is no repentance that is too late.”

Cyprian was born of wealthy pagan parents and was educated in law. He practiced as a lawyer in Carthage before he was converted to Christianity about 246 and was soon thereafter consecrated priest and bishop of that city in 248. In baptism he found complete release from the sinful and useless life he believed he had led hitherto.

He was an energetic shepherd of souls and a prolific writer. He defended the unity of the Church against schismatic movements in Africa and Italy, and greatly influenced the shaping of Church discipline relative to reinstating Christians who had apostatized.

Within two years he was elected bishop of Carthage and a few months later, early in 250, was confronted by the Decian persecution. He went into hiding. Bereft of his leadership, thousands of Christians apostatized (rejected their faith) or obtained libelli (certificates), by which they declared that they had sacrificed to the pagan gods. When the persecution began to diminish, the confessors — i.e., those who had stood firm for their faith—reconciled the lapsed on easy terms, claiming that as “friends of Christ” they had the right of granting pardon, even more than did priests and bishops.

Cyprian returned to Carthage (early 251) and at a council of bishops in May 251 was able to regain his authority. The decision of the council was that, though no one should be totally excluded from penance, those who truly had sacrificed (the sacrificati) should be readmitted only on their deathbeds, and those who had merely accepted certificates (the libellatici) were to be readmitted after varying periods of penance.

Three important principles of church discipline were thus established.
1. the right and power to remit deadly sins, even that of apostasy, lay in the hands of the church;
2. the final authority in disciplinary matters rested with the bishops in council as repositories of the Holy Spirit; and
3. unworthy members among the laity must be accepted in the New Israel of Christianity just as in the Old Israel of Judaism.

In 252 a renewed threat of persecution by the emperor Gallus encouraged a more speedy reintegration of the lapsed, because many now wanted to prove themselves as martyrs. In the same year, the steadfastness of the Christian clergy in face of a plague won for the church further popular support, and Cyprian defeated internal enemies who had set up a rival bishop in Carthage.

During the Valerian persecution, in 258, he was beheaded. He was exiled by the emperor and then recalled for trial. He refused to leave the city, insisting that his people should have the witness of his martyrdom. He suffered martyrdom in the presence of his flock, after giving the executioner twenty-five pieces of gold. St. Jerome says of him: “It is superfluous to speak of his greatness, for his works are more luminous than the sun.”

Cyprian was a mixture of kindness and courage, vigor and steadiness. He was cheerful and serious, so that people did not know whether to love or respect him more. He waxed warm during the baptismal controversy; his feelings must have concerned him, for it was at this time that he wrote his treatise on patience. St. Augustine remarks that Cyprian atoned for his anger by his glorious martyrdom.

His principal works are: