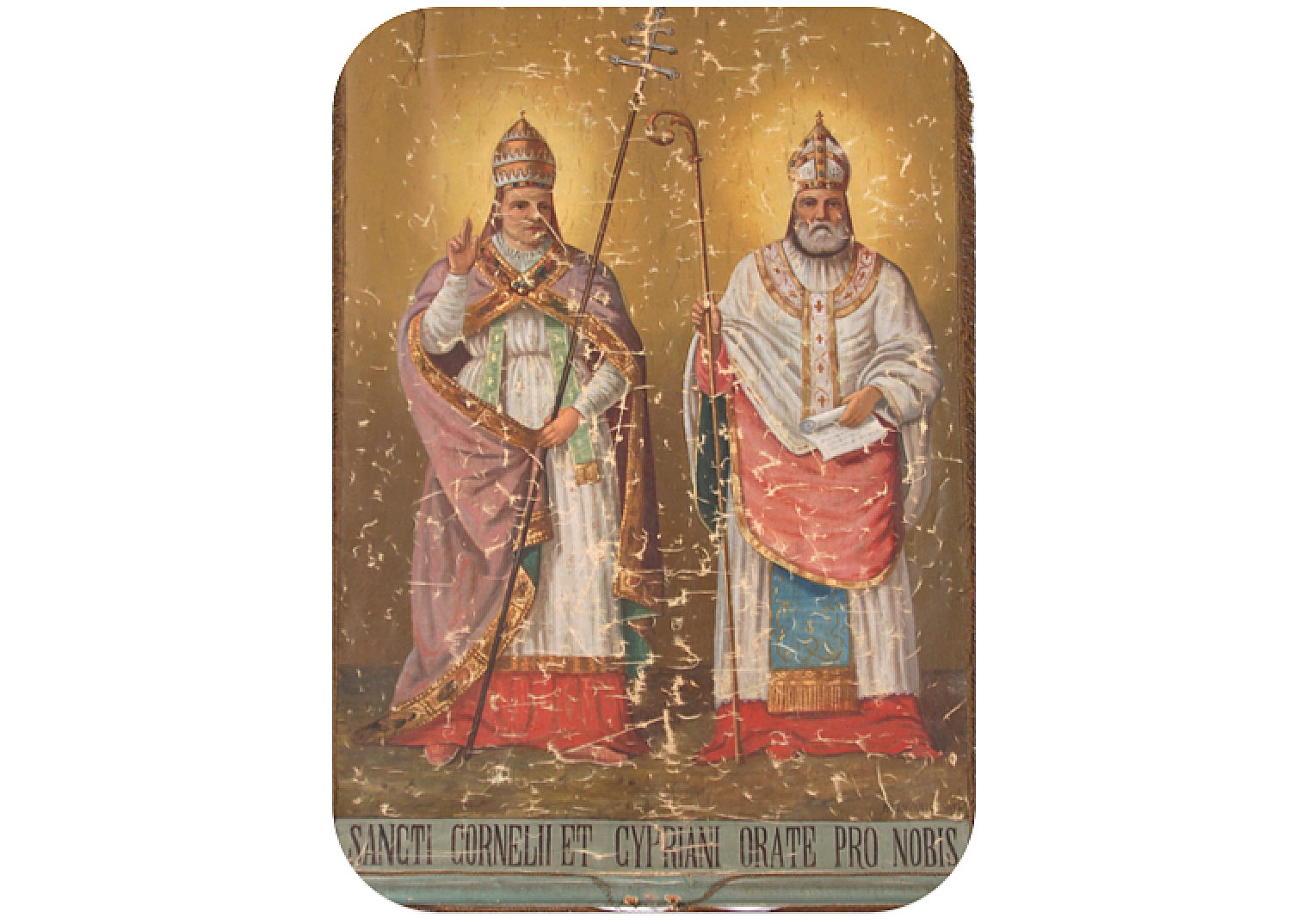 Cornelius was ordained Bishop of Rome in the year 251. He laboured to combat the Novatian schism and with the help of Cyprian he was able to enforce his authority. He was sent into exile by the Emperor Gallus, and he died at Civitavecchia in the year 253. His body was brought to Rome and interred in the cemetery of Callistus.
>> Read More <<

Cyprian was born in Carthage about the year 210. He was converted to the faith in mature life and ordained priest. He was ordained bishop of Carthage in 249. He guided his church excellently during much troubled times both by his deeds and his writings. He took a moderate position on the reconciliation of the lapsed but, like other African bishops, demanded the rebaptism of heretics even though their baptism was recognised by the Church of Rome. During the persecution of Valerian he was first exiled, then on September 14, 258, martyred for the faith. >> Read More <<

Both remembered as compassionate pastors who developed the Church’s teaching and practice of reconciliation. Antagonists in theological debate, they were united in sharing the crown of martyrdom and are named together in Eucharistic Prayer I (The Roman Canon).