History of Feast of the Most Holy Rosary – October 7 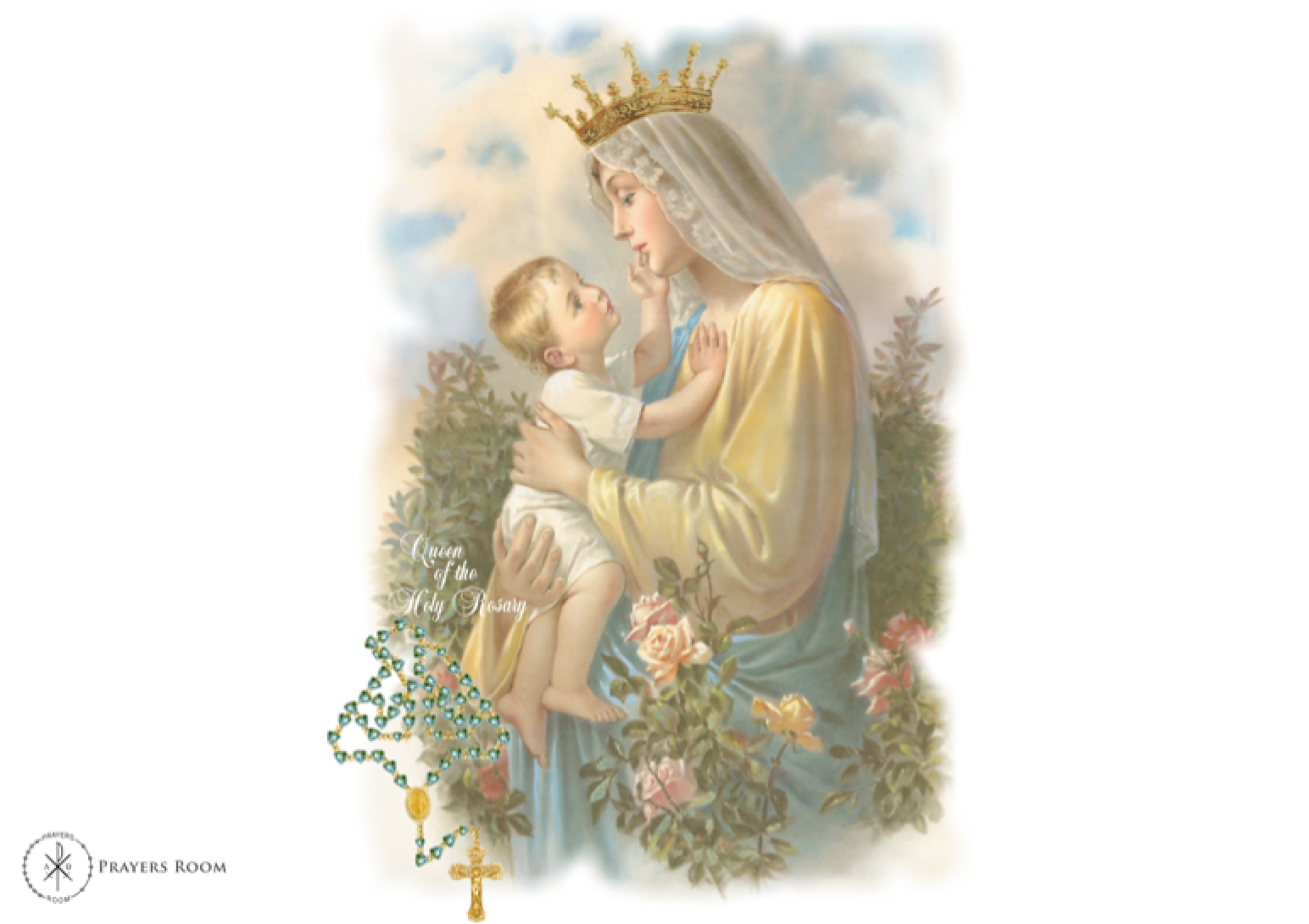 The purpose of the rosary is to help us meditate on the great mysteries of our salvation. Pius XII called it a compendium of the gospel. The main focus is on Jesus—His birth, life, death and resurrection. The Our Fathers remind us that Jesus’ Father is the Initiator of salvation. The Hail Marys remind us to join with Mary in contemplating these mysteries. They also make us aware that Mary was and is intimately joined with her Son in all the mysteries of His earthly and heavenly existence. The Glory Be’s remind us that the purpose of all life is the glory of the Trinity.
The rosary appeals to many. It is simple. The constant repetition of words helps create an atmosphere in which to contemplate the mysteries of God. We sense that Jesus and Mary are with us in the joys and sorrows of life. We grow in hope that God will bring us to share in the glory of Jesus and Mary forever.

On October 7, the Roman Catholic Church celebrates the yearly feast of Our Lady of the Rosary. Known for several centuries by the alternate title of “Our Lady of Victory,” the feast day takes place in honor of a 16th century naval victory which secured Europe against Turkish invasion. Pope St. Pius V attributed the victory to the intercession of the Blessed Virgin Mary, who was invoked on the day of the battle through a campaign to pray the Rosary throughout Europe.

The feast always occurs one week after the similar Byzantine celebration of the Protection of the Mother of God, which most Eastern Orthodox Christians and Eastern Catholics celebrate on October 1 in memory of a 10th-century military victory which protected Constantinople against invasion after a reported Marian apparition.

Pope Leo XIII was particularly devoted to Our Lady of the Rosary, producing 11 encyclicals on the subject of this feast and its importance in the course of his long pontificate.

In the first of them, 1883’s “Supremi Apostolatus Officio,” he echoed the words of the oldest known Marian prayer (known in the Latin tradition as the “Sub Tuum Praesidium”), when he wrote, “It has always been the habit of Catholics in danger and in troublous times to fly for refuge to Mary.”

“This devotion, so great and so confident, to the august Queen of Heaven,” Pope Leo continued, “has never shone forth with such brilliancy as when the militant Church of God has seemed to be endangered by the violence of heresy … or by an intolerable moral corruption, or by the attacks of powerful enemies.” Foremost among such “attacks” was the battle of Lepanto, a perilous and decisive moment in European and world history.

Troops of the Turkish Ottoman Empire had invaded and occupied the Byzantine empire by 1453, bringing a large portion of the increasingly divided Christian world under a version of Islamic law. For the next hundred years, the Turks expanded their empire westward on land, and asserted their naval power in the Mediterranean. In 1565 they attacked Malta, envisioning an eventual invasion of Rome. Though repelled at Malta, the Turks captured Cyprus in the fall of 1570.

The next year, three Catholic powers on the continent – Genoa, Spain, and the Papal States – formed an alliance called the Holy League, to defend their Christian civilization against Turkish invasion. Its fleets sailed to confront the Turks near the west coast of Greece on October 7, 1571.

Crew members on more than 200 ships prayed the Rosary in preparation for the battle – as did Christians throughout Europe, encouraged by the Pope to gather in their churches to invoke the Virgin Mary against the daunting Turkish forces.

Some accounts say that Pope Pius V was granted a miraculous vision of the Holy League’s stunning victory. Without a doubt, the Pope understood the significance of the day’s events, when he was eventually informed that all but 13 of the nearly 300 Turkish ships had been captured or sunk. He was moved to institute the feast now celebrated universally as Our Lady of the Rosary.

“Turkish victory at Lepanto would have been a catastrophe of the first magnitude for Christendom,” wrote military historian John F. Guilmartin, Jr., “and Europe would have followed a historical trajectory strikingly different from that which obtained.”

A second victory gained that year on the Octave of the Assumption determined Pope Clement XI to command the Feast of the Rosary to be celebrated by the universal Church. Leo XIII added the invocation “Queen of the most Holy Rosary, pray for us,” to the Litany of Loretto. The Feast is in reality a great festival of thanksgiving for the signal and countless benefits bestowed on Christendom through the Rosary of our blessed Queen.

In modern times successive popes have urged the faithful to pray the Rosary. It is a form of contemplative prayer, mental and vocal prayer, which brings down God’s blessing on the Church. It is a biblically inspired prayer which is centered on meditation on the salvific mysteries of Christ in union with Mary, who was so closely associated with her Son in his redeeming activity.

“Oh Mary, conceived without sin, please pray for us who have recourse to thee and protect us in the mantle of your love until our beloved Savior Jesus returns in power and great glory to rule forever and ever. Amen.”